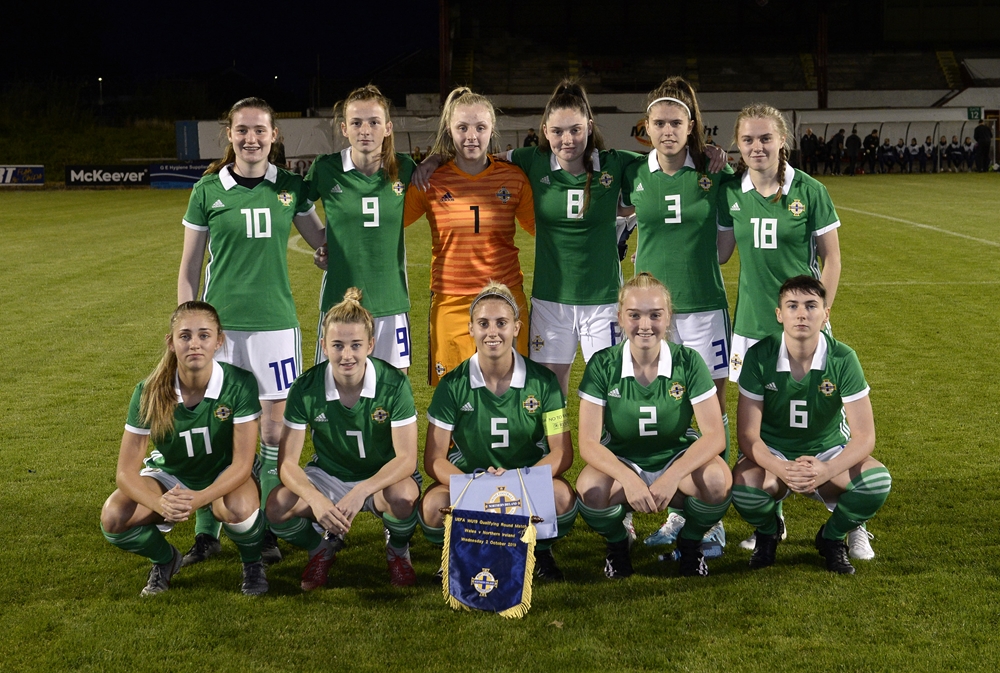 Northern Ireland Women’s U19s are back in action on Saturday as they take on Moldova in the next step of their qualification campaign.

Alfie Wylie’s girls will line out against the Moldovans at The Showgrounds in Ballymena (7.30pm kick-off).

The WU19s got off to the perfect start on Wednesday evening with victory over Wales. Jessica Rea’s second-half header was the only goal of the game.

Northern Ireland is currently hosting a four-team mini tournament, also including Moldova, the Welsh and Norway, which is a qualifying round for the 2020 UEFA European Women’s Under-19 Championship.