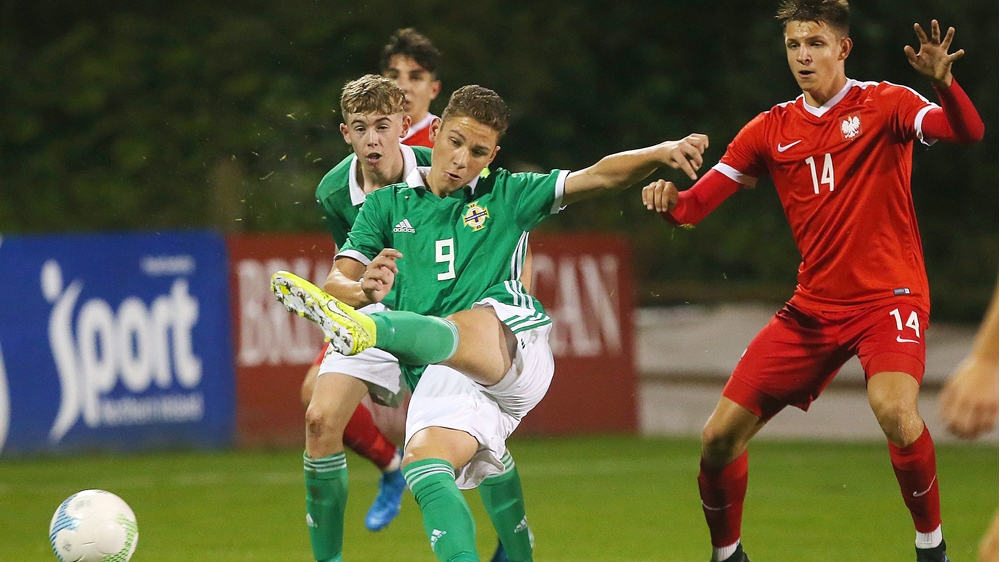 Northern Ireland U16 Schoolboys boss Gerard Lyttle has chosen a 20-strong panel to compete in this year’s Victory Shield competition.

Lyttle’s boys will be aiming to retain the trophy when they take on hosts Wales, Scotland and Republic of Ireland next week.

And the manager believes his squad has the attributes to bring the trophy home once again.

Last autumn Northern Ireland’s U16s won the Victory Shield for only the second time in the competition’s 73-year history. They registered two wins and a draw to lift the trophy in County Kerry.

The Victory Shield was presented to the Schools’ Association Football International Board in 1947 to mark, as suggested by its title, victory by the Allies in World War II - and has been played for continuously since then. England have not entered for the past few years.

Colliers Park in Wrexham is the venue for this year’s tournament and the NISFA-backed Northern Ireland team will begin their campaign with a game against Wales next Monday (28 October). Kick-off time is 2pm.

On Wednesday (30 October) they will tackle Scotland (11am) on matchday two, while their final game will be against Republic of Ireland Schoolboys on Friday 1 November (noon start).

Image: Spurs striker Jamie Donley is in the Northern Ireland U16 Schoolboys squad who will be competing for the Victory Shield next week.