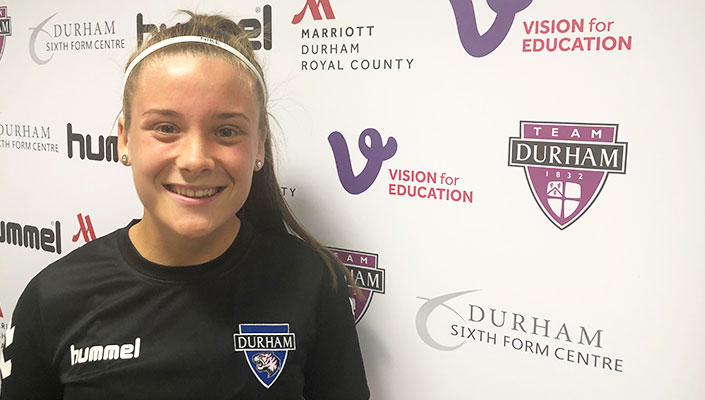 The former Linfield Ladies player has moved across the water and will be combining her studies with playing in the second tier of Women's Football in England.

She will link up at her new club with current Northern Ireland International Sarah Robson who has over 50 caps to her name.

You can watch a video interview with Megan Bell above but about the move she said: "This is going to be nerve racking and will be scary but again it's just me pushing myself out of my comfort zone. I'm just a wee girl from a small village in Northern Ireland. From running about in the streets to now playing for a club in England.

It's all I could have ever dreamed of to be honest and I hope this is just the start."

"She's getting a fantastic opportunity to come to the club, but also mix her football with her education in terms of a scholarship at Durham University as an undergraduate - which is the first time we've gone into the undergraduate side of things, as we've predominantly looked at post-graduate scholarships in the past.

"She's been the captain of Northern Ireland under-19s and a member of the senior squad for a while now too, so she's got experience on that front.

"She still has a lot to learn and in terms of the league it'll be a completely different animal to what she's been used to, but from everything that we've seen I think she'll adapt to it well."