Football is at heart of initiative aimed at boosting employment prospects 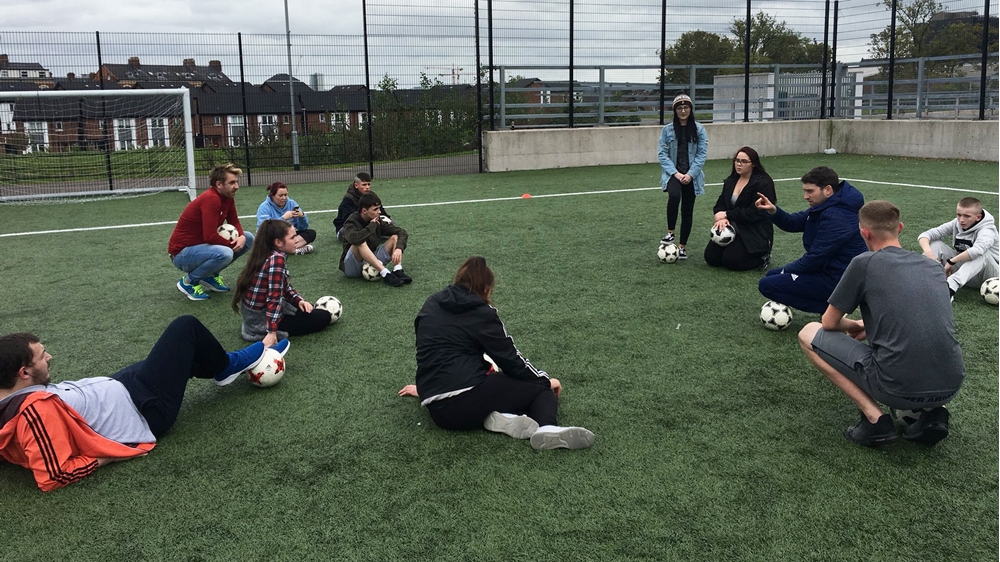 The Irish FA Foundation is aiming to repeat a programme that helps young people boost their employment prospects.

The GOALS initiative has already helped up to 40 people by offering them qualifications which could lead to a job or further study.

It uses football as a hook to engage with participants aged 16-24 who are not in education, employment or training.

The National Football Stadium at Windsor Park is used as the base for the programme, which incorporates coaching, refereeing and specialised certificates that enhance personal development for young people wishing to work within the sports industry.

To date the Irish FA Foundation has run two editions of the programme with up to 20 people registered each time.

Some of the participants have gone on to volunteer on different IFA programmes including Shooting Stars, which teaches young girls aged four to seven all about the game. And others were involved in the Duke and Duchess of Cambridge’s visit to the National Football Stadium at Windsor Park back in February.

Diarmuid McNeice, education officer with the foundation, explained that upskilling young people is a key objective of the Irish FA’s Let Them Play strategy, which aims to get more young people playing the game right across Northern Ireland.

He said the GOALS programme also underpins the foundation’s commitment to football for all and its ambition to use the stadium as an education centre.