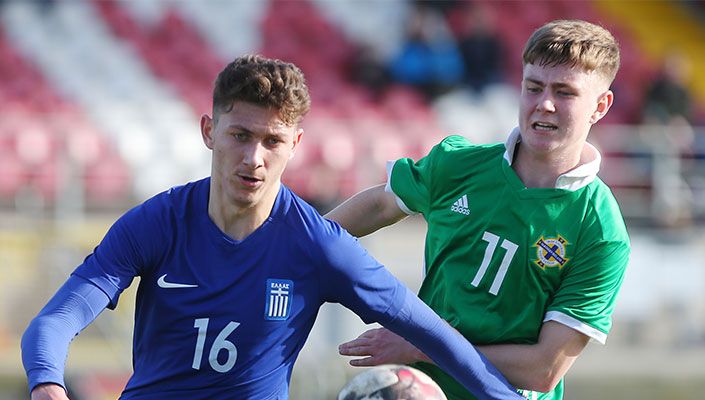 Northern Ireland under-17 International Barry Baggley has signed his first professional contract with League One side Fleetwood Town.

The 17-year-old, who has featured in a number of first-team games for the club during pre-season, has put-pen-to-paper on a three year deal with the Lancashire side having the option of an extra year.

Speaking on www.fleetwoodtownfc.com Town boss Joey Barton said:“Barry is a player with enormous potential, and we are delighted to see him pledge his long-term future to the club.

“He is a great kid, with an infectious personality, and he has fitted into the group brilliantly since he came into the first team last year.

“Barry knows he has a lot a work ahead of him,” added Barton, “but he understands that he is at the right club for him with outstanding facilities, which will see him grow and develop as a player and a person.”

Baggley, who joined the Cod Army from Glentoran last summer, became Fleetwood’s youngest ever debutant back in March when he came on as a substitute against Walsall just 26 days after his 17th birthday.

As well as Baggley, Fleetwood Town also have three other Northern Ireland youth players currently in their ranks in Dylan Boyle, Scott Pengelly and Carl Johnston.