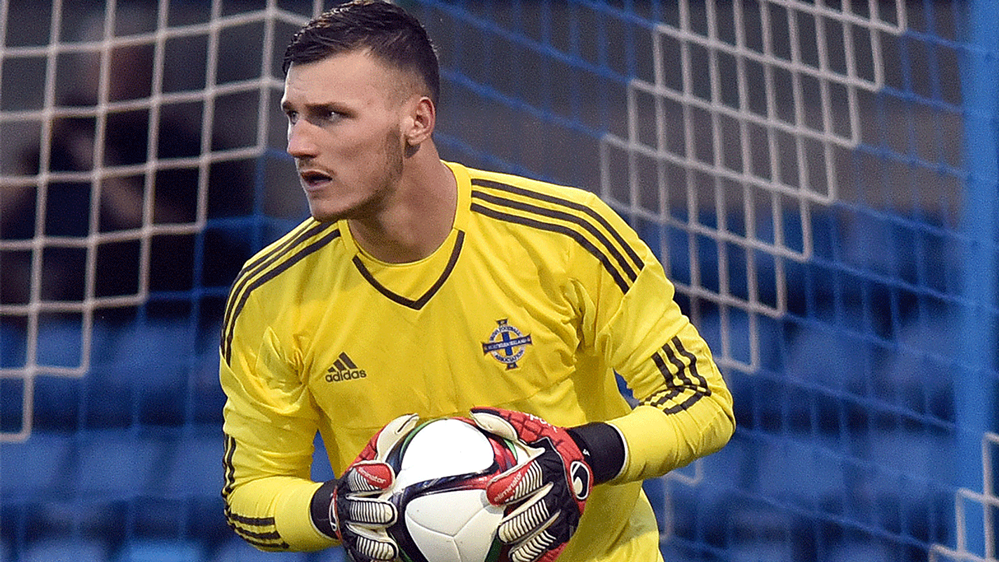 Northern Ireland under-21 international goalkeeper Conor Mitchell has moved on a season-long loan to Scottish Premiership side St Johnstone from Burnley.

The 22 year-old has spent the past week training with Perthshire side, who are currently managed by former Northern Ireland goalkeeper Tommy Wright, with a view to securing a loan deal.

Speaking to the club’s official website Conor said: “I'm absolutely delighted to be joining the club, as soon as I heard about St. Johnstone’s interest in me I jumped at the chance to come here.

“My aim for this season was always to get myself out on loan and breakaway from the Academy system.  Scotland is a great place for me because it provides a good platform if I do well and it’s great exposure.

“As a big football fan and a Northern Irish lad, I’ve followed the career of the manager and the fact he was a goalkeeper as well can only be a good thing for me.

Conor, who has won 10 caps at under-21 level for his country, will now join fellow international Kyle McClean at McDiarmid Park for the forthcoming campaign.

“Training was of a very high standard,” added Conor, “but I knew what to expect already because I had spoken with Kyle before I came up here.

“It’s a really tight knit bunch and the lads have been brilliant with me since I arrived.

“I think it's always good to have healthy competition and hopefully I can push Zander and Hursty and they can push me too.

“I’m looking forward to getting going and showing what I can do and I’m really excited about the season ahead at St. Johnstone.”

The Portrush-born netminder, who has been with Burnley since 2012, signed a new one-year contract with the Clarets over the summer keeping him at Turf Moor until June 2019.