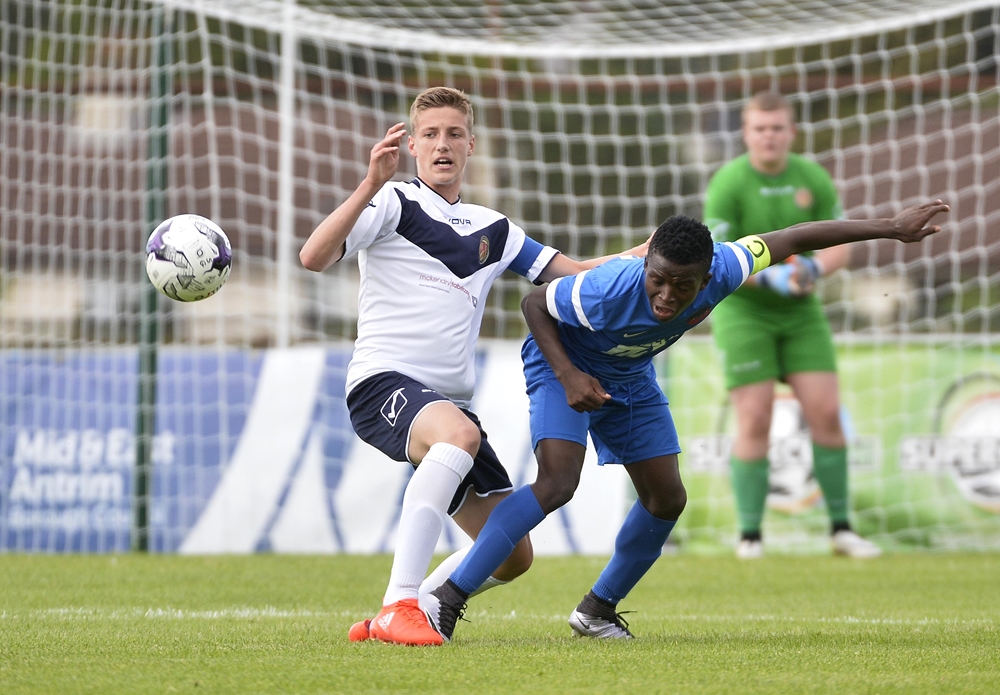 The Irish Football Association’s Elite Performance Director has applauded a raft of JD Club NI ‘graduates’ who have signed deals with clubs in England and Scotland this summer.

Jim Magilton praised the hard work and dedication of 17 players who are developing their careers further in Britain.

JD Club NI has helped several of the young players to obtain contracts and Magilton said the fact so many players are signing for professional clubs is an indication that JD Club NI is producing players who have the potential to become Northern Ireland international players one day.

Former Linfield forward Chris McKee, meanwhile, has signed a professional deal with Rangers. The Carrickfergus lad has penned a three-year contract with the Ibrox club. And GB-based Euan Deveney and Kyle McClelland, who have played for JD Club NI teams in the past, have penned deals with the ’Gers, too.

Ex-Linfield midfielder Ben Wylie, from Ballymena, is off to Glasgow as well. He has agreed a three-year pro deal with Celtic.

Also heading to Scotland is defender Dean Corrigan. The Fermanagh teenager, who is from Ballinamallard and played for Ballinamallard United’s youth teams, has landed a two-year scholarship with Dundee.

Former Portadown Youth defender Lee Upton, from Portadown, is also off to Dundee on a two-year scholarship.

A couple of players are bound for the Championship in England. Centre half Luke McKendry, who played for hometown club Coleraine, is heading for Wales. He has secured a two-year scholarship with Swansea City.

Middlesbrough have snapped up Portadown Youth attacker Alberto Balde, who is from Portadown, on a two-year scholarship.

Three players have signed two-year scholarships with League One outfit Fleetwood Town. They are goalkeeper Scott Pengelly (ex-Linfield), from Dundonald, and midfielders Dylan Boyle and Carl Johnston. Boyle, from Crossgar, previously played for Ridgeway Rovers and Belfast lad Johnston has signed from Linfield.

Other players signing for clubs in England include striker Aaron Brown. The Bangor teenager, who was at Linfield, is undertaking a two-year scholarship at Bury. And England-based Calum Taylor, who has previously played for JD Club NI teams, is now on Southend’s books.

Image: Sam McClelland, seen here in action for County Londonderry at SuperCup NI, has signed a four-year deal with Chelsea.