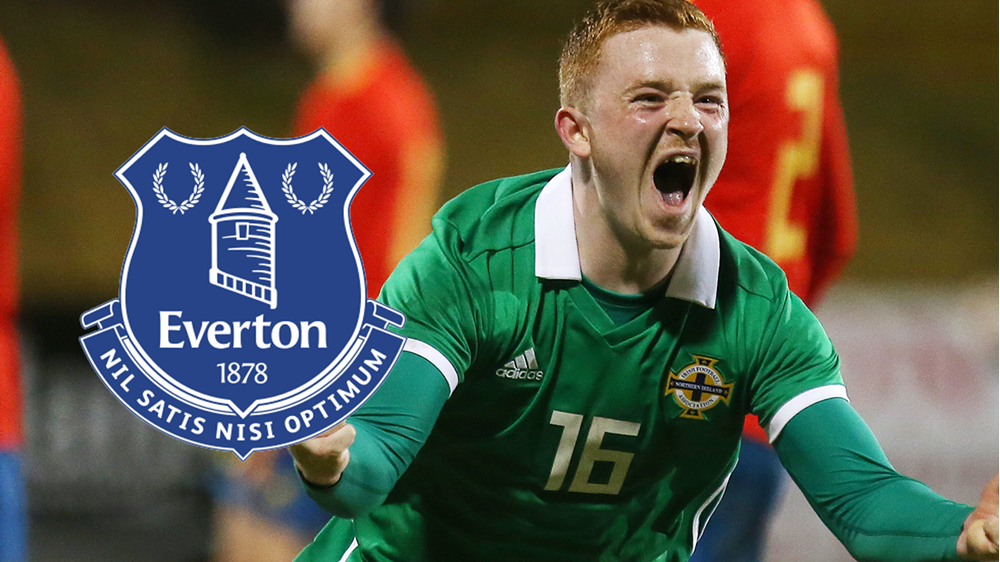 The 19-year-old, who has yet to make a first team appearance for the Toffees, says he is "delighted" to have signed a new deal and insists he is keen to keep improving his game.

“I’m so happy to have signed a new deal,” he told evertonfc.com. “It’s great being at Everton, it’s a massive club.

“I came over here when I was 16 and improved my all-round game. There’s a lot I can still do to get better, though, and I want to keep developing.”

For the 2018-19 campaign he will be a key member of the Under-23 side at Goodison Park currently managed by former Everton legend David Unsworth.

“The training under Unsy is intense but enjoyable, too,” added Lurgan-born Lavery. “It gets you fit and he is a very good coach.

“And training every day with someone like under-23 coach Franny Jeffers, who was such a good striker himself, helps a lot.

“He can help you with your movement, running in behind and your finishing – it’s great. All the coaches here have been excellent with me.”

Michael O’Neill gave Lavery his first senior Northern Ireland outing as a second half substitute in the goalless draw with Panama back in May and he admitted it was an incredible experience to win his first cap.

“It was amazing, I’ll never forget it,” said the former Glenavon striker. “Even just being away with the lads in Panama and Costa Rica was amazing and I didn’t really think I’d play but to get on the pitch was just great.”