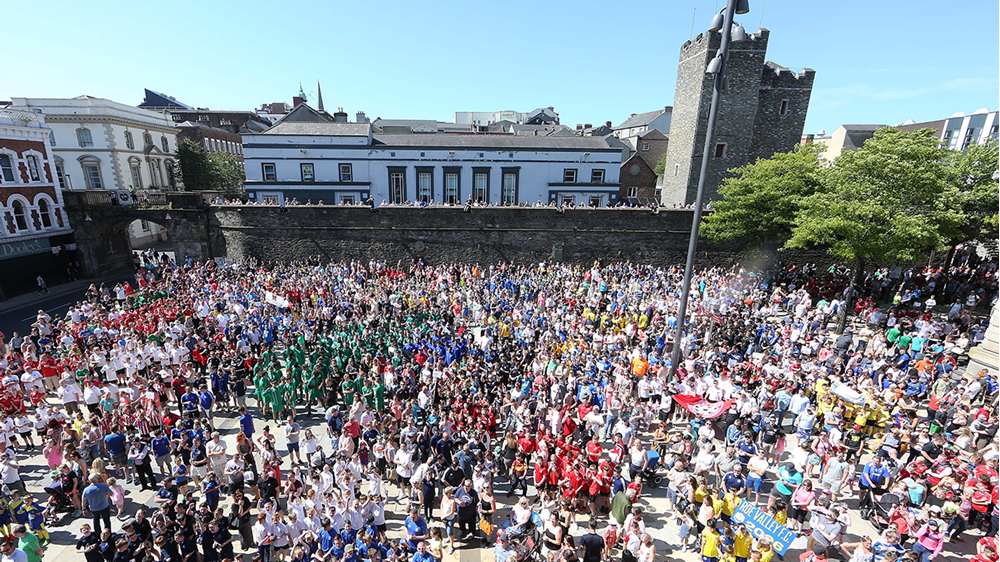 Two Northern Ireland girls’ development squads will be taking part in the Foyle Cup next week.

It is the first time the Irish Football Association has entered girls’ teams in the annual O’Neill’s-sponsored international youth football tournament centred on Derry-Londonderry.

The 2004 and 2006 development squads will actually both be playing in boys’ sections - against boys a year younger (2005 and 2007) – during the Foyle Cup, which is running throughout next week at various locations in Derry and other North-West venues on both sides of the border.

The girls are part of the Irish FA development squads which are picked from four Regional Excellence Centres across Northern Ireland and take part in extra training sessions at Ulster University’s Jordanstown campus each Sunday morning and Monday night.

The 2004 squad are being coached by Stephen Graham and Michael Hayes, while Jonny Allen and Julie Nelson will be with the 2006s. The physios are Martin Holland and Darian Shaw.

The 2004 squad’s first game is against Maiden City at Templemore (3pm) next Monday (16 July), while game two sees them take on Donegal SBY at Prehen on Tuesday (3pm). Their final group game is on Wednesday against Newhill at St Canice’s (3pm).

The 2006 development squad’sgroup games are all being staged at Bishop’s Field. Theirfirst match in a jam-packed U11s tournament is against Clooney SS Colts next Monday (10.45am) and at 11.30am the same day they will face Trisatar Colts.

The following day they will be taking on Oxford United at 1pm, while their final group games on Wednesday are against Phoenix (10am) and Aileach (11.30am).