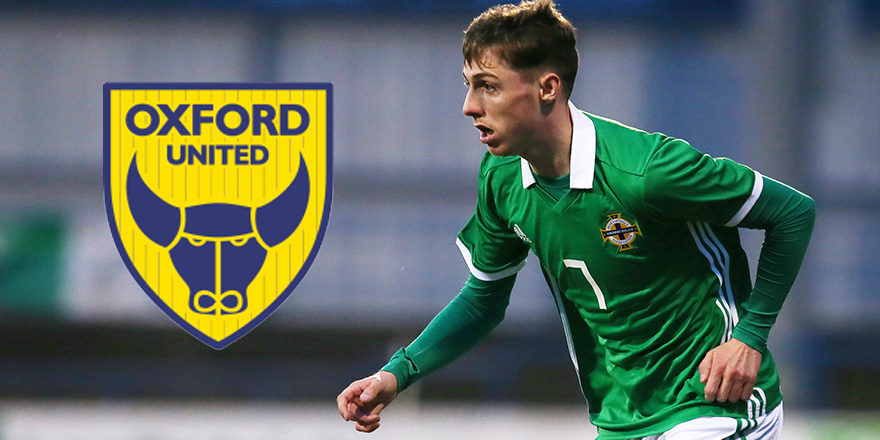 Oxford United have signed Northern Ireland Under-21 Gavin Whyte for an undisclosed fee.

Gavin was was called into the senior Northern Ireland squad for the tour of Central America in May.

The in demand winger has agreed a three-year deal with Oxford United after being strongly linked with several other clubs.

22-year old Whyte transfers from Crusaders, after helping them to back-to-back league titles with 23 goals in 20 games last season.

Gavin told Oxford United's website; “Once I knew Oxford were interested I wanted to come straight away. I had a long chat with the manager, know what he wants to do and how he wants to play and I am excited.

“Of course it’s a big move for me coming over, but I needed to do that to keep progressing. I can’t wait to get started now.”

Oxford United manager Karl Robinson feels that Gavin will excite supporters and is pleased to have signed the highly sought after winger.

He told Oxford Mail; “He is quick, skilful and has an eye for goal and we knew that so many other clubs were looking at him, including those in higher leagues. It says a lot about Oxford United and the reputation we have, that Gavin wanted to come here to play his football.

“Gavin will add real pace out wide but can also play more centrally, and we look forward to working with him.”