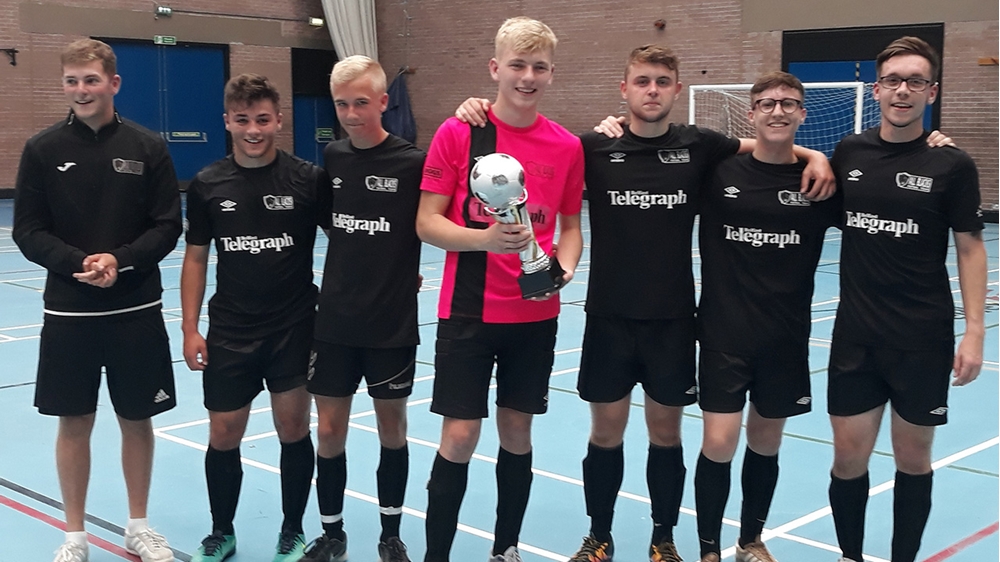 The ‘All Blacks’ might be a name associated with international rugby, but at Lagan LeisurePlex last Friday night a team of the same name wrote a little piece of Northern Ireland Futsal history by becoming the first side to win the Irish FA’s Under 18 Futsal Championship.

The All Blacks beat Comber Rec 13-0 to win the league in the final game of the summer season. The programme also included Ards and Armagh City and is the Irish FA’s introduction of a male domestic club Futsal competition at Under 18 level.

The All Blacks squad was made up of some players that had participated in the senior Northern Ireland Futsal League last season and several players that will be added to this senior squad for the upcoming season in September.  That experience proved decisive as they beat Comber convincingly to win the competition. Naseem Ouldhamlet top scored with four, while Ryan Willis bagged three in the win. Daniel McKnight, Lewis Stewart and Jack Close all got two each.

Comber Rec did threaten the All Blacks goal on a number of occasions but a combination of great defence and the safe hands of Sam Ross in goal meant they couldn’t capitalise on their chances.

In the end All Blacks quality and experience proved too much for Comber Rec as they ran out worthy winners and Northern Ireland Futsal Under 18 Champions.

To learn more about futsal and how to get involved in the game CLICK HERE.