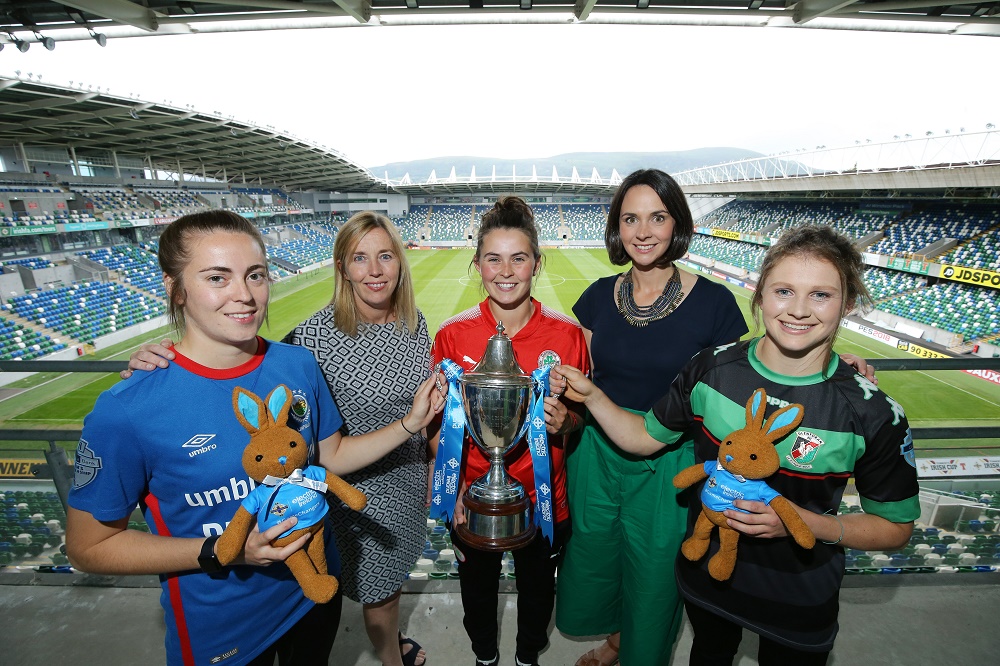 With three Belfast teams in the mix an all-city match was certain, but on Saturday 18th August, the day when Frampton fights at Windsor Park, there’ll be another rumble just a few miles away as Cliftonville Ladies take on Glentoran Women in the Electric Ireland Women's Challenge Cup Semi Final.

In the other semi-final it’s the current holders who will take on the league leaders Linfield in the Irish Cup Semi Final. Sion Swifts beat Linfield Ladies last year on their way to lifting the trophy; with both teams performing well this year it is sure to be a strongly contested match.

Each of the four teams will be hoping they can secure a spot in the Electric Ireland Women's Challenge Cup Final which will bring the women’s football season to a close on Saturday 22 September at the National Football Stadium at Windsor Park.