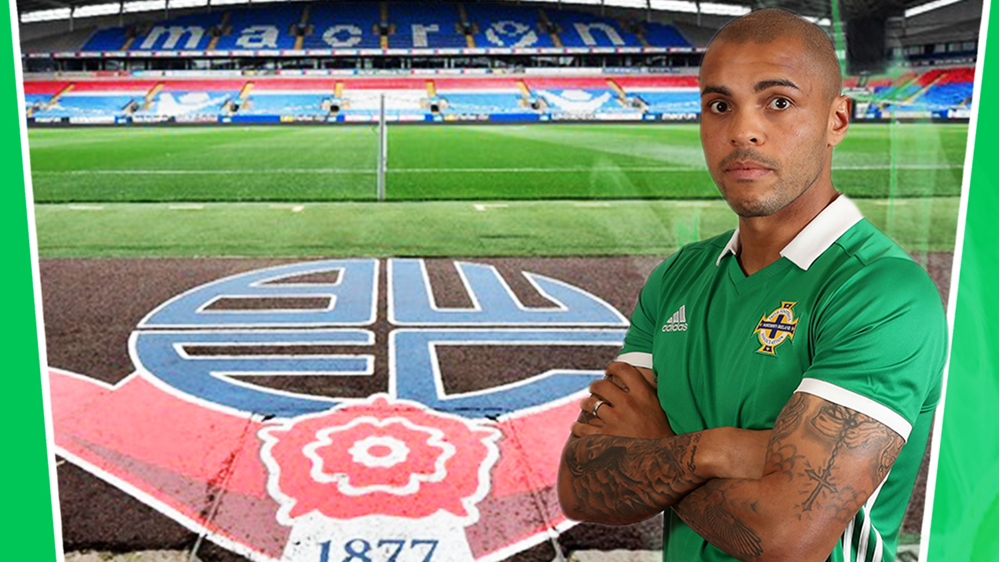 With the 2018/19 season fast approaching striker Josh Magennis has moved from Charlton Athletic to Bolton Wanderers on a two-year contract for an undisclosed fee.

The Addicks had turned down an offer for Magennis from Peterborough United earlier in the summer but the former Kilmarnock man has now brought the curtain down on his two-year spell at the Valley.

Speaking to the official Bolton website, Magennis stated: “It’s a massive move for myself and when I found out about the club’s initial interest I was itching to get here.

“I’m absolutely delighted to be a Bolton Wanderers player and hopefully we can make this season a successful one.”

His new boss Phil Parkinson was also excited with his latest purchase for the club. “I’ve been looking to add to our strikeforce and I’m delighted to have brought in Josh.

“He’s got a real desire and hunger, and I’m looking forward to working with him.”

Prior to Magennis leaving the south London outfit Charlton caretaker manager Lee Bowyer was resigned to losing the 27-year-old.

“Josh was good for me and a great professional around the place,” declared Bowyer.

"He was a leader and a big personality. He will be missed, but that’s football. I wish him all the best and hopefully he’ll be able to have a good season and career for Bolton."

The former goalkeeper turned striker last played in the second tier of English football eight years ago when he was at Cardiff City.

He then moved to Scotland with Aberdeen where he scored 12 goals in 123 appearances for the Dons in four seasons before embarking on a three-year spell at Kilmarnock where in 84 matches he chalked up 20 goals.

The former Glentoran youngster had a similar strike rate at Charlton, hitting 20 goals in 88 outings during his two-season spell at the club.