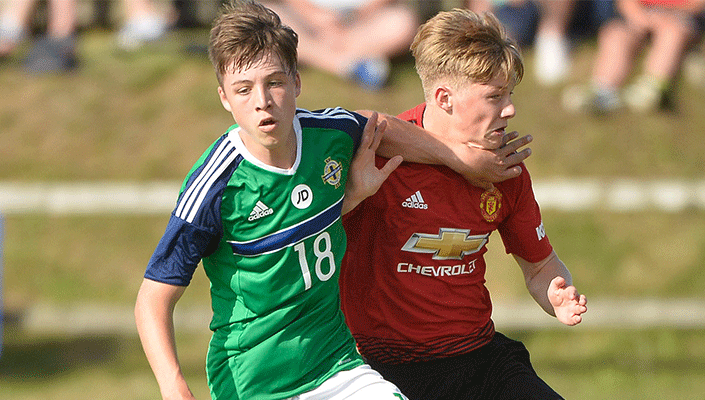 After drawing their opening game against Rangers and then beating Co L'Derry, Jim Magilton's side were in pole position heading into the final group game but a 3-0 win for the Red Devils gave them top spot in the group.