Northern Ireland U18’s lost their opening game in this year’s Super Cup NI against Manchester United in a hard fought game at the Coleraine Showgrounds.

A last gasp goal by Ethan Ennis won it for the Reds 2-3 with Gerard’s Lyttle team outplaying their opponents for long periods. Connor Scannell opened the scoring for Northern Ireland with Lewis Trickett following suit to make it 2-0 at the interval.

United staged their comeback in the second half with Ethan Williams halving the deficit. Jack Kingdon then equalised before Ennis’ winner.

“There was a sense of both pride and disappointment at the final whistle,” said Lyttle.

“We shocked Manchester United with our pressing, played high and were on the front foot from the outset. We were two nil up early on but it could’ve been three or four if we had taken our chances. The fact that our opposition had to make successive tactical changes to cope with our play was a huge credit to the team. The majority of our team play Irish League, with a lack of game time and preparation built up by the time that game came around so it was good to see them give a great account of themselves.

“We only had a minimal amount of time with the players heading into the game and they executed exactly what we asked them do during those sessions, which was a real positive. They can take on information and deliver it in a game environment which bodes well for the future.”

The second and final game against Manchester United takes place tomorrow, with Lyttle hoping for the same level of aptitude.

“If we can take our first half performance from last night and apply it the full 90 minutes on Wednesday, I am confident the lads will do well. It is a great opportunity, in front of a big crowd to showcase their talents and that they’re capable of playing at that level.” 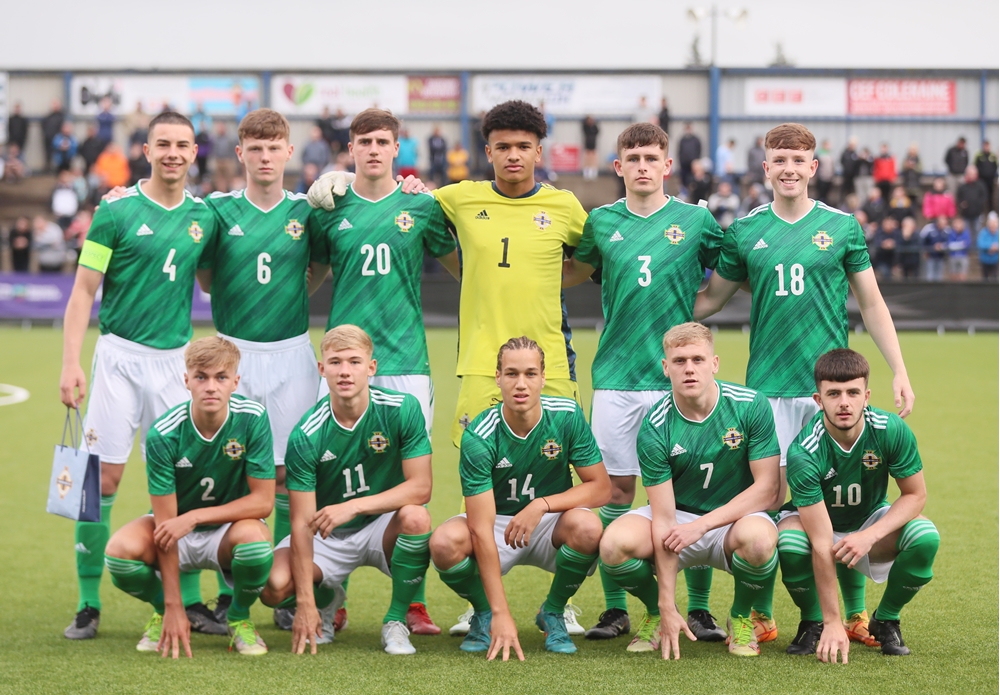