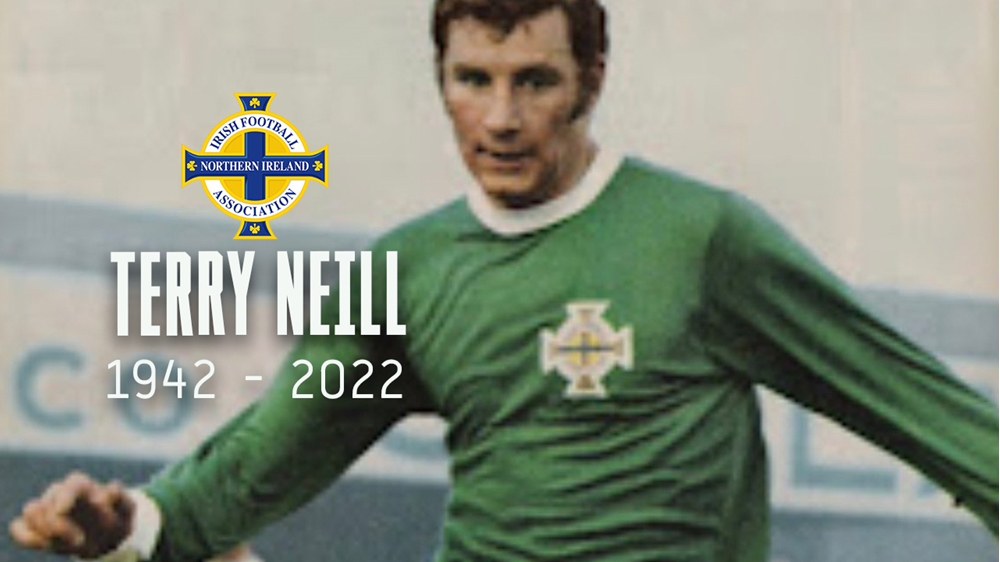 Former Northern Ireland defender and player manager Terry Neill has died at the age of 80.

Bangor-born Neill, who played for his home town club before joining Arsenal for £2,500 in 1959, won 59 international caps, and was player manager of Northern Ireland between 1971 and 1975.

Neill led Arsenal to three consecutive FA Cup finals between 1978 and 1980, winning one, and to the 1980 Cup Winners’ Cup final.

He left the Gunners for Hull as player-manager in 1970 at the age of 28. He subsequently moved on from Hull to succeed Bill Nicholson at Tottenham in 1974 and was recruited back to Arsenal as manager two years later.

Irish FA chief executive Patrick Nelson said: "Terry Neill has earned his place in the pantheon of Northern Ireland football legends. As player, captain, manager and, of course, a winning goalscorer against England, his legacy is secure and his memory will be undimmed."

He said: “I was deeply saddened to learn of the passing of Terry, a true Northern Ireland great. His career in both in England and back home in Northern Ireland, as player and manager, was so impressive.

“His exploits both on the pitch and in the dugout resonate with the Green and White Army and, although probably best remembered for scoring the only goal of the game the last time Northern Ireland beat England at Wembley in 1972 when we defeated Alf Ramsey’s side, his life in football was packed full of brilliant moments with some good teams.

“On behalf of the Irish Football Association I place on record our appreciation for his contribution to Northern Ireland football and I extend deepest sympathies to the family circle."