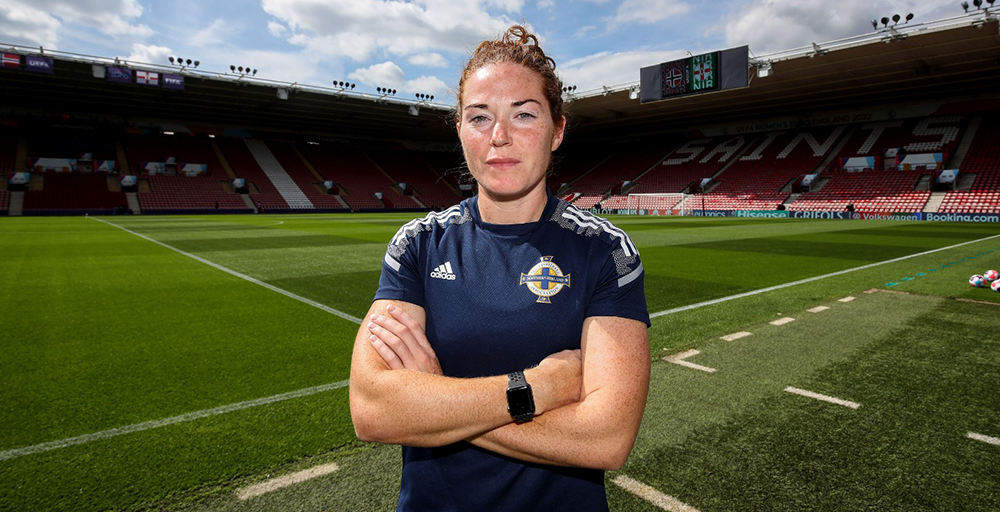 The skipper faced the media this afternoon and her return comes as a welcome boost for boss Kenny Shiels in the lead up to what will be an historic night at St Mary’s Stadium in Southampton.

Thankfully I have a lot of great support with the coaching team and the physios, so we’re ready to go. I’m really delighted and relieved

“I’m fit and ready to go,” said Callaghan. “It’s been a tough few weeks since the injury happened but that’s in the past and we’re here and as I said before there was nothing going to stop me from getting here.

“Thankfully I have a lot of great support with the coaching team and the physios, so we’re ready to go. I’m really delighted and relieved.”

The experienced midfielder described the mood in the camp as ‘calm’ and said the girls are excited for what’s ahead.

“We go out in every game with the belief that we can win it,” she added. “We have to, we’re footballers and we want to strive to be our best. As Kenny says every single day we want to improve, and we want to get better.

“We can’t go into any game thinking ‘this is really tough and they’re going to beat us’. It’s always been our way since Kenny came in that we prepare to win. That will be the mindset that we go out with tomorrow.

“We know exactly how hard that challenge is going to be and we know the calibre of the team that we’re up against but we’re here and we’re at these finals and we’re here to cause an upset and we’re not just making up the numbers.”

Asked about Callaghan’s return to contention, boss Kenny Shiels was glowing in his praise for the Cliftonville star.

“Marissa is the focal point of our squad; she’s the captain, she’s like a machine.

“The way she has come back has been unbelievable. There’s no holding her back. She has moved up unbelievably in the last three weeks especially and there’s something inside her that makes her want to be here and I love to see that success for someone like that.”