‘A New Dream’ to be screened in Southampton 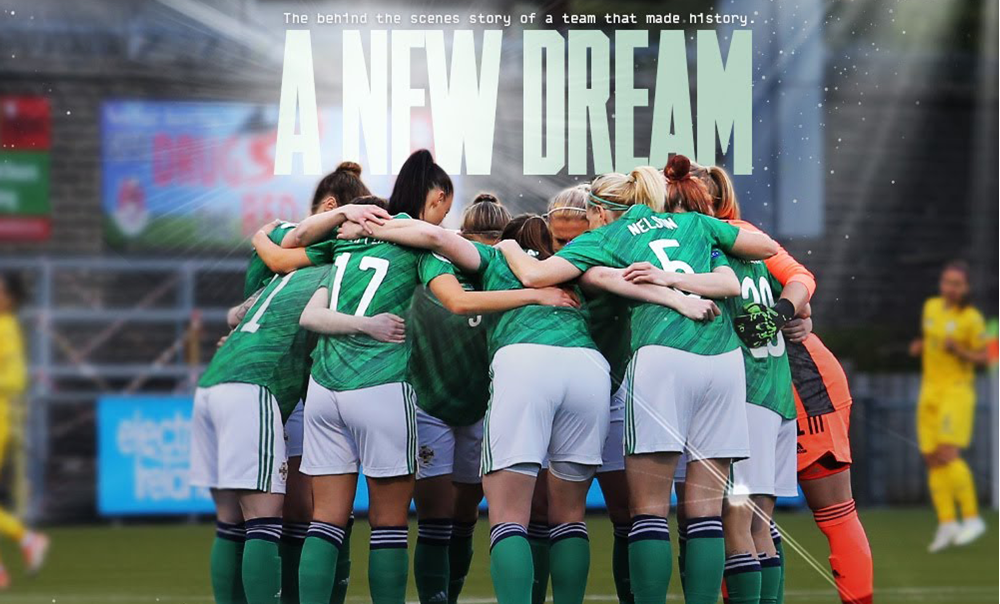 The short film which charts the behind-the-scenes story of Northern Ireland’s historic qualification for UEFA Women’s Euro 2022 is set to be screened in Southampton on Friday evening.

The Harbour Lights Picture House in the port city on England’s south coast will be hosting the special screening of 'A New Dream’.

Produced and edited by the Irish Football Association, the mini documentary captures the build-up to last year’s Euro play-off matches against Ukraine in Kovalivka and Belfast and the celebrations afterwards.

At the special screening - it is due to take place tomorrow (8 July) at 5pm - members of the Northern Ireland senior women’s team will be meeting up with family, friends and fans who have made their way to Southampton for Northern Ireland’s three group games in the tournament.

‘A New Dream’, which was originally published last year and can be viewed on the Northern Ireland YouTube channel, provides a fascinating insight into Kenny Shiels’ side’s magnificent achievement against the odds.