Reflecting on the tournament, he said in an email to association staff that, despite the results, team manager Kenny Shiels, the playing squad, the backroom team and the off-field team did Northern Ireland proud at the Euros. 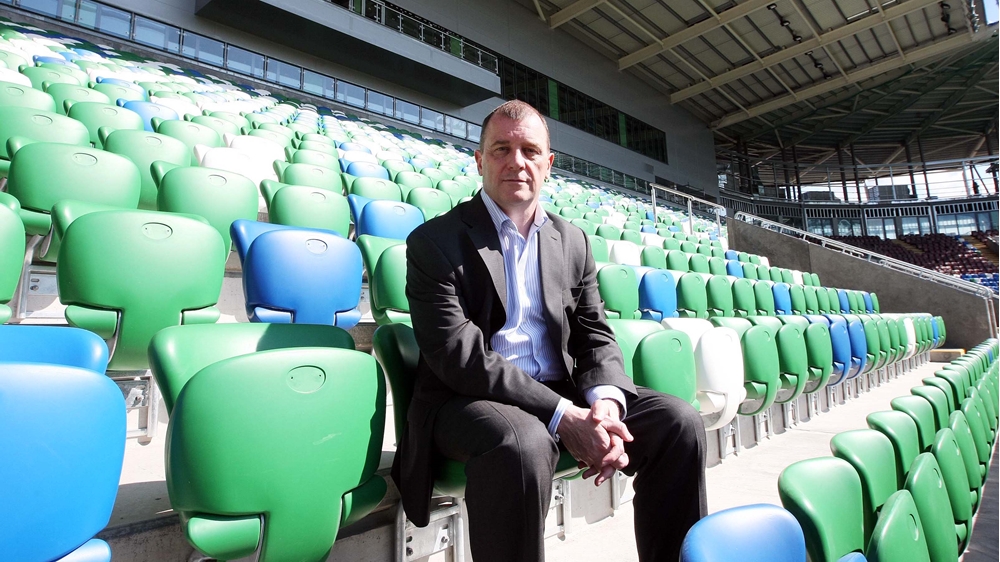 And he noted, as in 2016 in France, the fans backed the squad all the way and the atmosphere at each of the three Group A matches in Southampton was electric.

The bar has been raised, new standards are expected and it is time for us to look forward with confidence

He further pointed out: “Now it is our job to harness all of this energy and positivity and ensure that we have the pathways available both for girls and boys to enjoy the game and also so that we identify, nurture and develop talent for our future domestic game and international squads.

“Angela Platt has been our director of women’s football for almost a year now and together with her team, and the help of all of us in the association, she will ensure that all aspects of women’s football in Northern Ireland continue to move forwards and not backwards.

“Challenge every time, qualify every other time is one of the strategic goals we set for ourselves in the performance pillar of our new corporate strategy, and it applies equally to male and female teams. The bar has been raised, new standards are expected and it is time for us to look forward with confidence.”

The chief executive said the full-time preparation camp at Newforge from January to June made a big difference to the team’s skill and fitness levels, adding: “I’m delighted that the board saw fit to make this investment to ensure we competed well.”

He insisted the senior women’s team players were “new heroes” for young girls and boys throughout Northern Ireland and had sparked the interest and dreams of a new generation.

And he added: “The media interest in our involvement in the Women’s Euro was incredible. Day after day the media stories were all about the tournament, our players and, of course, our supporters. Yet again the GAWA showed why their reputation as being the best supporters in the world was well earned and won’t be given up easily. “

The association’s ‘Growing the game - maximising impact’ girls’ and women’s development plan from 2019 is still in place, however the chief executive believes the recent level of success of the senior women’s squad means it may need to be revised to see if the association can do more, faster, better.

“I’m sure, with all of our staff, our partners at NIFL and NIWFA, our member clubs and the bigger pipeline of young players, we can and we will,” he added.

He also told staff: “Do not despair that we are out of the Euros. Be proud and delighted that we were there as an equal partner of the other 15 nations who qualified for the tournament and as a force in women’s football in Europe.”