Andrews: We will ‘give it everything’ against England 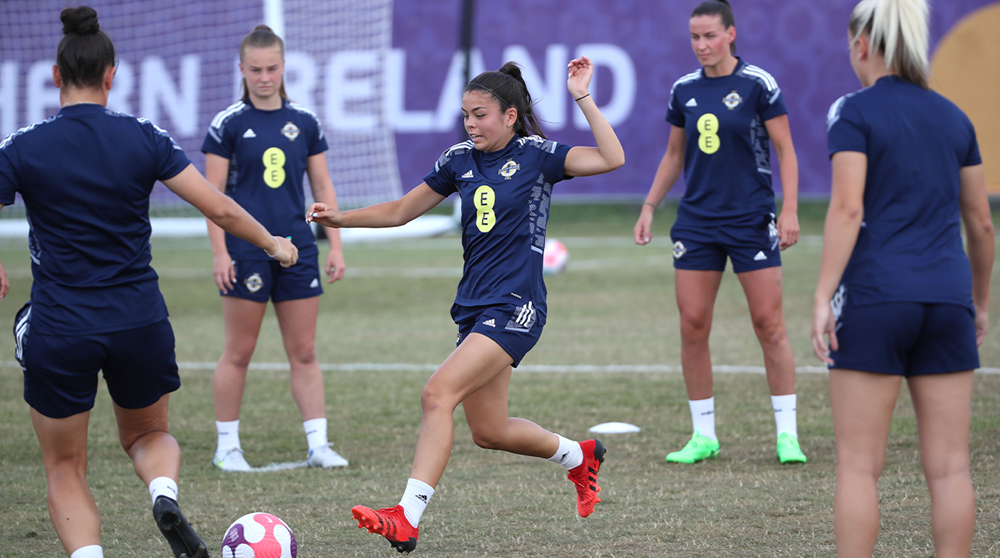 Joely Andrews has promised Northern Ireland will “leave it all out there” when they face England at UEFA Women’s Euro 2022 on Friday.

The tournament hosts cruised into the quarter-finals with a game to spare after they hammered Norway 8-0 on Monday night.

However, Andrews says the emphatic victory for the Lionesses has not fazed the Northern Ireland team, who lost their opening Group A fixture 4-1 against Norway and then suffered a 2-0 defeat to Austria on Monday.

"We are not fazed by the 8-0, we will give it everything," she insisted at a press conference at Northern Ireland’s media and training centre just outside Southampton.

She admitted England are a top class team and the Northern Ireland players are well aware of their quality having faced them in a friendly and two World Cup qualifiers since February last year.

Looking ahead to Northern Ireland’s final match at the European Championship finals, she said: “We know we are going to be defending for long periods (against England). We know we will be really tight and well set up against them. We will close down spaces and make it as hard as possible for them.

"England are one of the best in the world and we want to be up there testing ourselves against them as a marker. We are still looking forward to Friday and they are the games you want to play in."

She also said the team will “not just sit in the whole time” and will attack England when they can.

"As a group we will rally round each other. We have been in this situation before, we know what it takes and we will give everything. It's a massive ask for us, but we know it is our last game of this tournament and we will leave it all out there," the young midfielder insisted.

Monday’s result means Northern Ireland cannot progress to the final stages of the Euros and will be jetting home after Friday’s final group game at St Mary’s Stadium in Southampton.

Andrews further said: “Having another game is a good thing. It gives us a chance to go out and show what we can do. As a group we are looking forward to it.”

The talented playmaker made her bow at the Euros when coming on as a substitute in Monday night’s game against Austria.

She said it was “class” getting on the pitch at a major tournament, adding that she was proud to represent her country on such a big stage.

Andrews also said: "This is our first time at a major tournament and, yes, it hurts to lose, but we will look at the positives, the lessons we can learn because it will make us a better team in the future.”