Northern Ireland U18s slipped to a 3-1 defeat to Manchester United in the second SuperCupNI Elite Challenge game at the Ballymena Showgrounds.

The Red Devils held a slender advantage following the opening game at Coleraine on Monday evening to duly seal the series 6-3 on aggregate.

United moved in front as early as the seventh minute. Lewis Patterson brought down Dan Gore just outside the area and, from the free-kick that followed, Sam Mather sent an exquisite finish around the wall with keeper Kai McClean rooted to the spot.

Gore had an attempt a couple of minutes after that with a low effort from distance but McClean did well to get down to make the save.

Manchester United's second followed soon after when Gore punted the ball forward but McClean let it slip from his grasp on the edge of the area for Mather run onto and double his tally for the evening.

The impressive Gore almost added a third midway through the first half. He went on a surging run through the defence but could only hit the post with his subsequent shot before Manni Norkett's follow up was deflected over and from the resultant corner Ethan Ennis' downward header fell just wide.

There was no let up in the pressure from United with Ruben Curley the next to threaten just after the half-hour mark with a curling effort that drifted just wide of the left post.

Northern Ireland manager Gerard Lyttle reacted to proceedings by making three substitutions on 37 minutes, and those changes appeared to have the desired effect as his charges ended the first half in the ascendancy by forcing a number of corners in quick succession.

The sides traded chances after the break with Rio Morgan and Samuel Glenfield creating openings for Northern Ireland while Lewis Trickett fired just over from 30 yards before McClean pulled off a double save to deny both Mather and Ennis at the other end.

But, just before the hour mark, Morgan reduced the deficit with arguably the goal of the game with a superb right-foot strike from distance into the corner of the net after running clear of the defence.

And the scores might have been level on 65 minutes after Conor Scannell tested United keeper Elyh Harrison with a well struck free-kick from some 25 yards out.

However, Manchester United effectively killed the game off just three minutes after that when Marcus Lawrence delivered a perfect weighted crossfield ball for Norkett to calmly and clinically slot past McClean.

Substitute Eoin Kenny was presented with a glorious opportunity on 80 minutes, just a few minutes after coming on for Trickett, after receiving a low left sided cross from Leon Boyd only to fire over from close range.

Manager, Gerard Lyttle, was full of praise for his side:

“It was a great experience for the players. Two tough games in front of big crowds at good stadiums, not to mention the top class opposition in Manchester United.

“We gave opportunities to a lot of players to showcase their talent and to outline what level they need to get to. The first 30 minutes of the second game  didn’t go to plan so we made changes to adapt, including beefing up the midfield and bringing an attacker on. Those changes worked well and we played more like we did in Monday’s game.

“In summary, lots of positives to take from the two matches. Our lads have had an insight into the game at this level and the challenges that come with it which will only stand them in good stead of the future.” 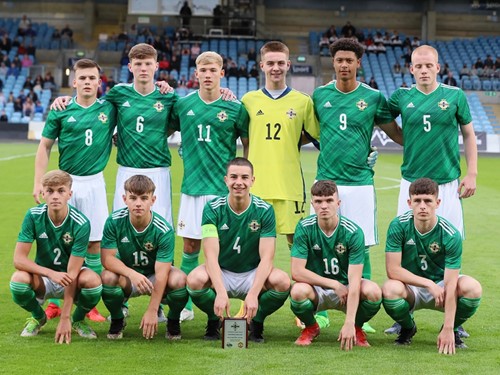 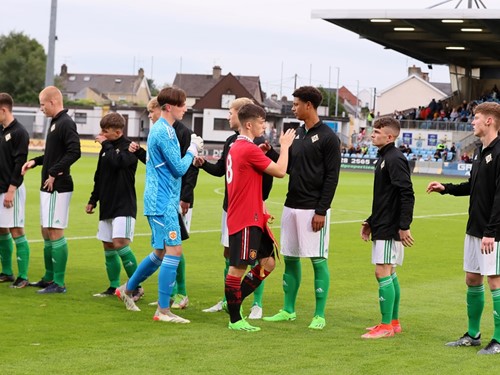 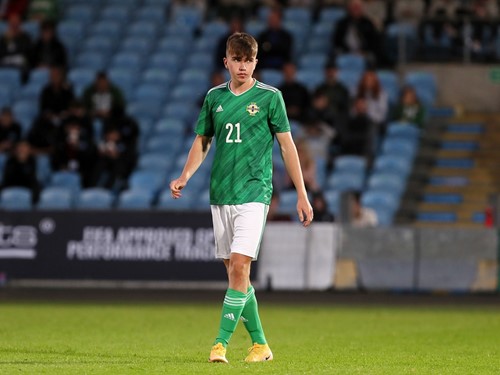 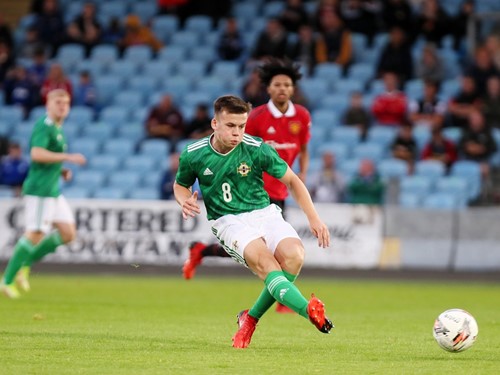 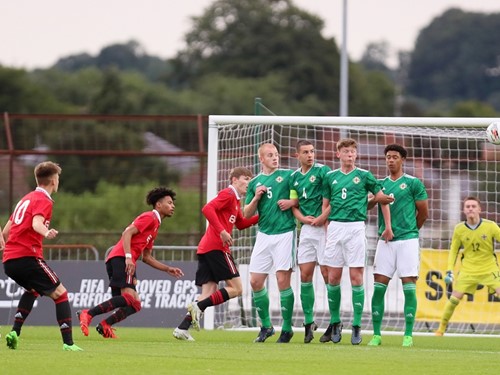 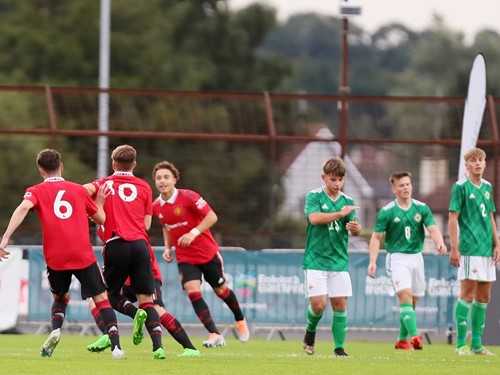 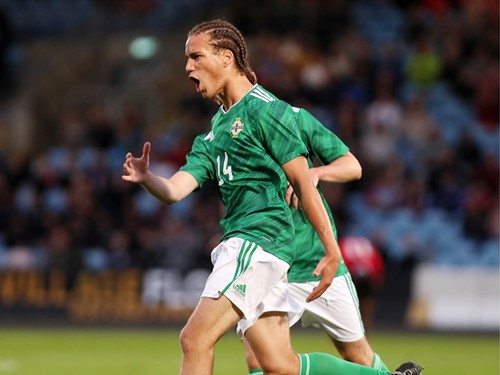 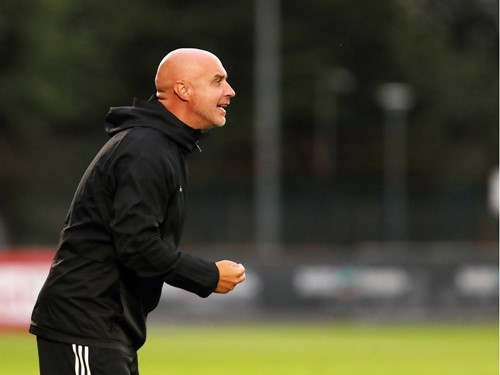