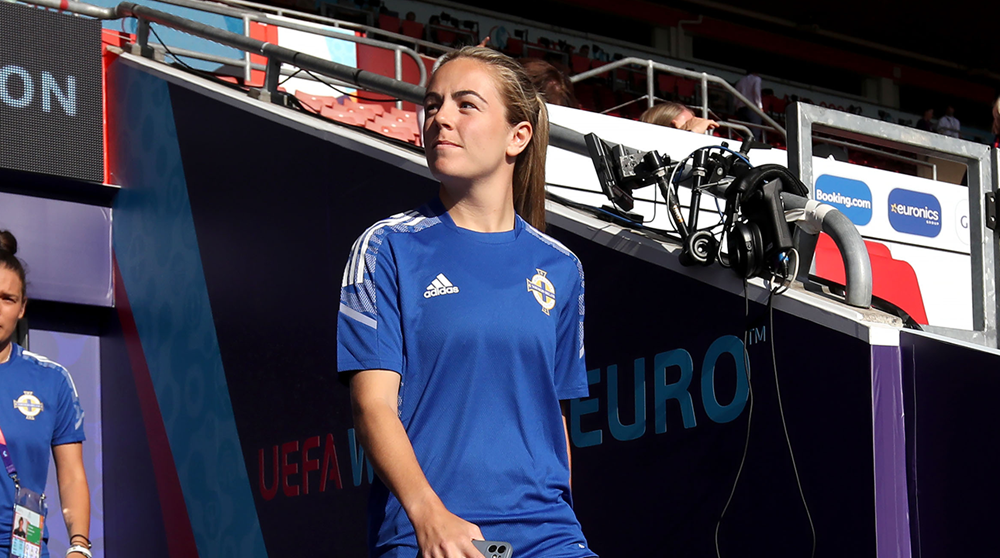 Northern Ireland striker Simone Magill injured the anterior cruciate ligament (ACL) in her left knee during the UEFA Women’s Euro 2022 game between Northern Ireland and Norway on Thursday, it was confirmed today.

Magill, 27, was helped off the pitch in tears in the 79th minute of Northern Ireland’s 4-1 Group A defeat following a challenge by Norway's Maria Thorisdottir.

The extent of the striker’s injury was revealed by the team’s medical staff after she had a scan on her injured leg.

The medical team also confirmed the striker will not play again during the tournament in England.

Defender/midfielder Demi Vance, who has played for Northern Ireland alongside Magill for well over a decade, said her team-mates will be there to support the striker as she comes to terms with the injury.

“Everything we do is as a family. We stick up for each other when needed and I think it’s the time now that we rally round Simone,” she said.