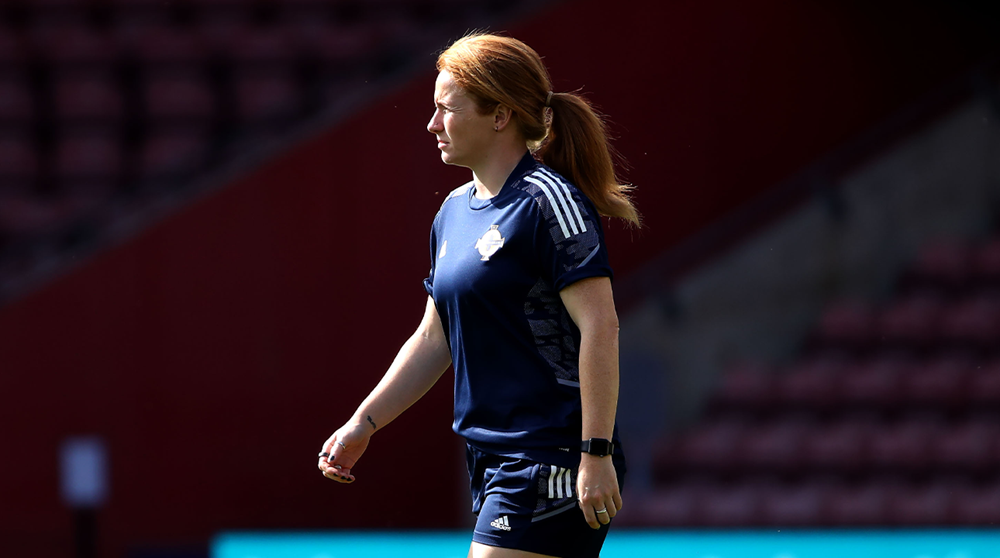 Kenny Shiels has promised his players will be ready to compete when Northern Ireland’s senior women’s team make their bow in a major tournament this evening.

But Shiels is adamant his team will be ready to go at St Mary’s Stadium in Southampton, which is playing host to their three group games at the Euros this summer.

The Northern Ireland senior women’s team boss rates the Norwegians as the “second best team in the world” behind tournament hosts England, who are in the same group as his charges (Group A) along with Austria.

However, he told the media yesterday that he has prepared his players well for the historic game.

He also revealed he is confident his team will perform against Norway – and in the forthcoming group games against Austria (11 July) and England (15 July).

"It is a big day for everybody, not just the players but the whole country," Shiels said.

"They really want to perform well. There is no pressure on them to go and win. It's not expected by most people. Our beliefs are slightly different, and we have to make sure we don't look back and go 'if only I had'.

"You want some motivation but you don't have to get the girls drummed up and ready to go. They are so motivated."

Shiels revealed captain Marissa Callaghan, who he described as “a machine”, is fit and raring to go after recovering from a toe injury which threatened to ruin her Euros dream.

The return of Hegerberg, who spent five years in exile from the national team after a dispute with the Norwegian FA, has boosted Norway. However, their team is not just about Hegerberg and Hansen.

Captain Maren Mjelde is a stalwart for both her club, Chelsea, and her country. She has more than 150 caps. And her defensive partner Maria Thorisdottir, who plays for Manchester United, is a solid operator with more than 60 caps.

One area, however, where there could be a weakness, is the goalkeeping department. Guro Pettersen is the most experienced keeper with just three caps to her name.

Just over 11,000 fans are expected to attend the game at St Mary’s, including around 2000 Northern Ireland supporters.

Overall UEFA Women’s Euro 2022 has broken all records for a women’s football tournament. More than half a million tickets have been sold for the 31 games in England.

England defeated Austria 1-0 in Manchester last night in the first Group A fixture - it was the opening game of the tournament - thanks to a goal from Beth Mead.