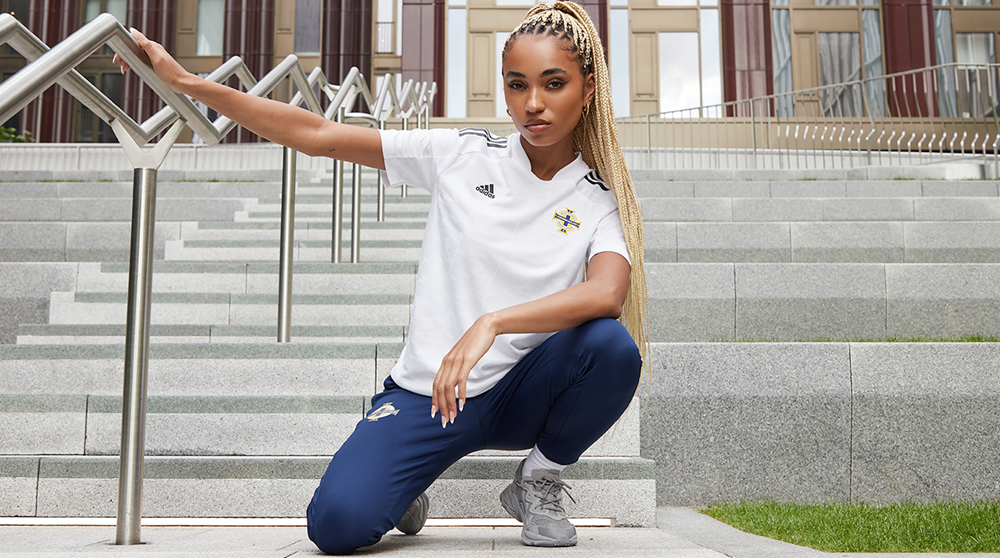 Adidas has unveiled a new away kit for the Northern Ireland senior women’s team to wear at UEFA Women’s Euro 2022 in England.

The white kit, with black trim, looks set to be worn during at least one of the team’s group matches at the tournament, which kicks off tomorrow.

Like the women’s home kit, it has been created using recycled materials made with Parley Ocean Plastic and features the latest in adidas’s fabric innovations. Its sweat-wicking Aeroready technology is designed to keep players and fans cool when the heat turns up.

Designed solely for the senior women’s team, it is now exclusively available online from JD (jdsports.co.uk) and in-store.

Northern Ireland’s first game at this summer’s Euros is against Norway on Thursday (7 July) followed by matches versus Austria next Monday (11 July) and tournament hosts England on 15 July. All three of Northern Ireland’s group games (Group A) are being staged at St Mary’s Stadium in Southampton.