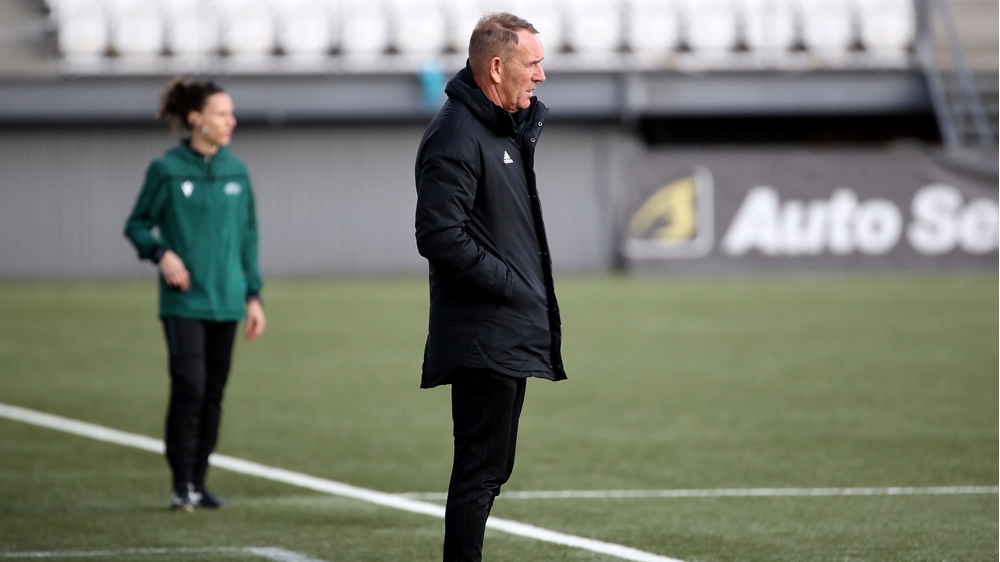 Northern Ireland’s Senior Women’s team manager Kenny Shiels has spoken of his pride in his team’s performance after a thumping 6-0 win over the Faroe Islands.

Shiels’ girls cruised to their first victory of the UEFA Women’s Euro campaign in Torshavn.

Click on the image above to hear what Shiels had to say.