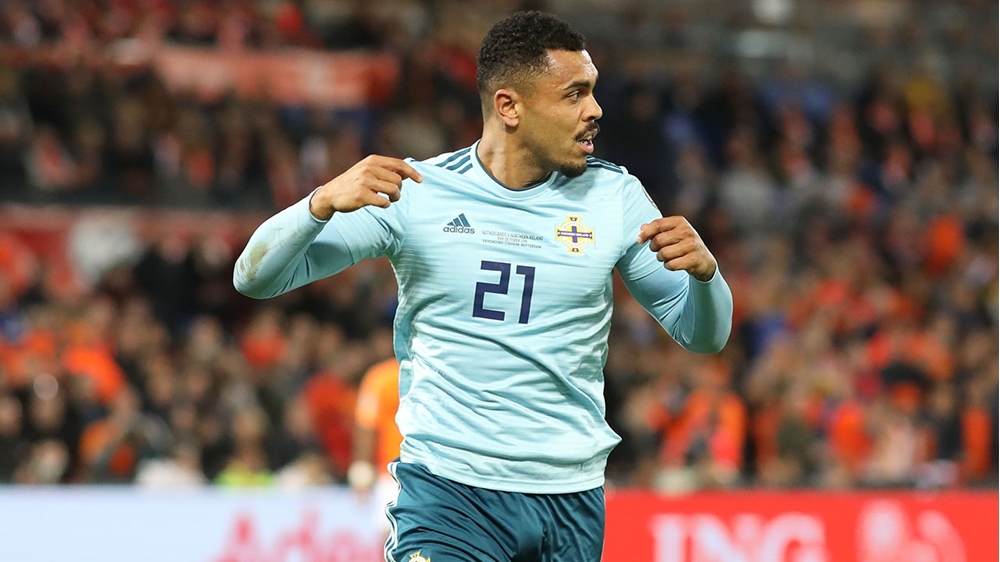 Striker Conor Washington got his Charlton Athletic career off to a perfect start as he bagged a debut goal in the Addicks 2-0 opening day victory over Crewe Alexandra at the weekend.

The 28-year-old, who joined the League One club on a two-year deal from Hearts in the summer, sliced home a volley two minutes before half-time to secure all three points for the south-London outfit.

“It’s great to start with a goal and three points,” said Washington, who won his 23rd Northern Ireland cap against Norway last week,“ I’ve had plenty where you catch it too sweet so I was delighted to have scored and most importantly we got the three points.

“I managed to get minutes when I was away (with Northern Ireland), which was positive. I missed the two games against AFC Wimbledon and Swindon, so it was good to get minutes in the games that I did.”

Washington’s international strike partner Josh Magennis was also on target as Hull City began their League One campaign with a 2-0 success at Gillingham.

“It was a great delivery and a great header from Magennis,” said Tigers boss Grant McCann, who won 39 caps for Northern Ireland. “I’m really pleased for Josh – I thought he led the line brilliantly.

“It’s not easy for him to be up against two 6ft 4in centre-backs but I don’t think he lost a header. He gave us a really good platform to build off.”

In the Premier League, Jamal Lewis had an excellent start to his Newcastle United career following his £15 million switch from Norwich City, helping the Magpies to a comfortable 2-0 win at West Ham United on Saturday.

Cookstown-born Stuart Dallas made his top-flight bow for Leeds United as they lost a thrilling encounter 4-3 to his boyhood diols and current Premier League champions Liverpool at Anfield.

Back on the goalscoring front Craig Cathcart scored the first goal of the Championship season when his 11th minute header gave Watford a narrow 1-0 victory over Middlesbrough who had both George Saville and Paddy McNair in their starting line-up.

Speaking to Sky after the game Cathcart said: “It was not easy on the eye at times but we got the job done and got the win.

“The three points will give us a big boost but we know it is a long hard season so we need to pick ourselves up quick and move onto the next one.”

Elsewhere, midfielder Joel Cooper made his debut for Oxford United after coming on as a 67th minute substitute in the 2-0 reverse against Lincoln City at the LNER Stadium.

Finally, in the Women’s Super League, Simone Magill was part of the Everton team that moved into second spot in the table following a slender 1-0 success over Spurs while in the Championship Rachel Furness chalked up her first of the campaign in Liverpool’s 3-0 away win at London Bees.