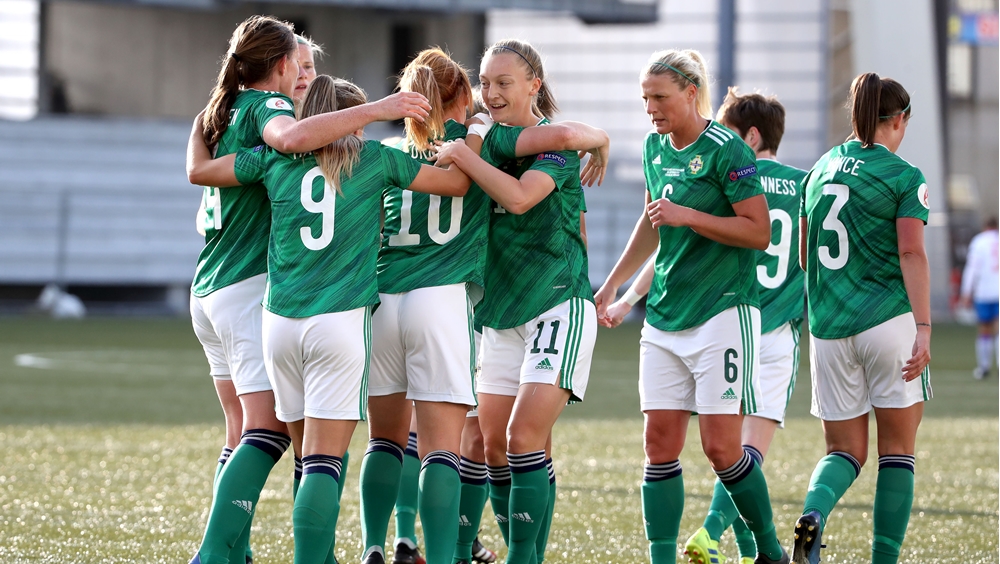 Northern Ireland Senior Women lived up to their favourites tag as they comfortably defeated Faroe Islands 6-0 in a UEFA Women’s Euro 2022 qualifier in Torshavn this evening.

It was a fourth seeds (NIR) v fifth seeds (FRO) clash in Qualifying Group C but an energised Northern Ireland showed they are on the rise under Kenny Shiels with a commanding performance.

Lauren Wade and Simone Magill both helped themselves to doubles, while Rachel Furness and Kirsty McGuinness also got on the scoresheet. 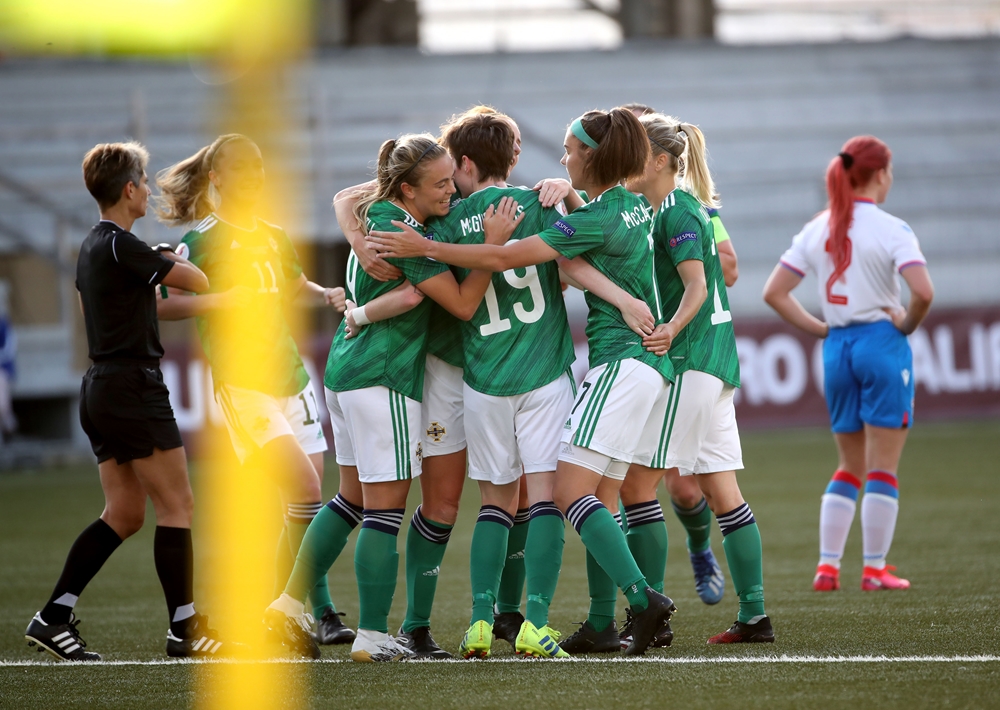 Northern Ireland were three up within half an hour – and they dominated the game.

As the first half drew to a close Demi Vance had a couple efforts saved by Faroes keeper Eydgerd Mikkelsen, while Furness also had a shot blocked.

Just after the break Wade’s effort was saved by Mikkelsen before midfielder Chloe McCarron swept a shot wide and the keeper also kept out a Magill shot.

However, Northern Ireland extended their lead on 56 minutes. McCarron floated in a free-kick which was headed on by Furness to Wade and she provided the finish.

Down the other end Sevdal had a shot blocked before normal service resumed and Northern Ireland continued to boss the match.

Substitute Joely Andrews, making her senior debut, had an effort blocked before Wade missed the target and then her replacement, Caragh Milligan, steered an effort wide.

Magill grabbed her second of the game, and Northern Ireland’s sixth, on 90 minutes. McCarron delivered the ball towards goal and the striker headed it into the net from six yards out.

The win means Northern Ireland have leapfrogged Belarus to move up to third in the Group C table. Their next qualifier is another must-win away to Belarus on 27 October. Games at home to Belarus on 27 November and the Faroese on 1 December will complete their Group C qualification campaign. 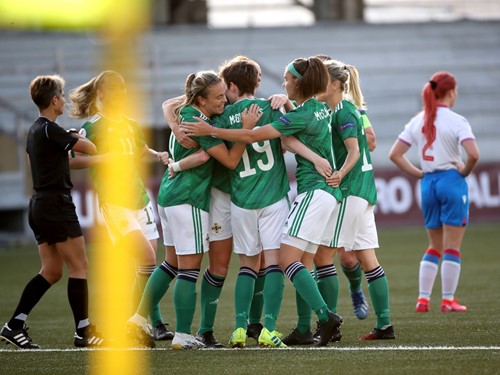 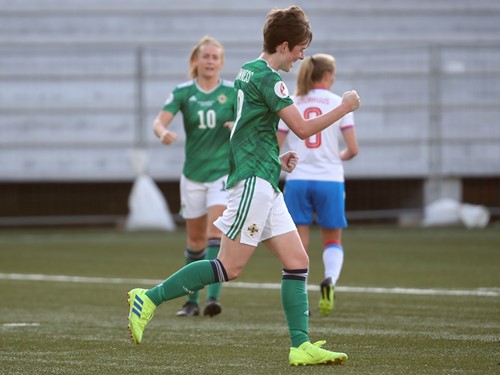 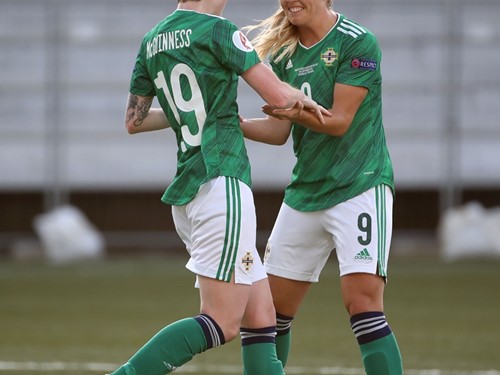 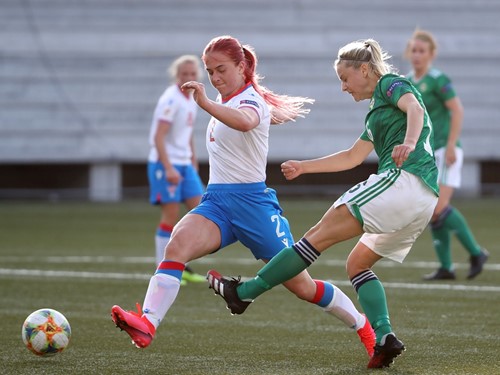 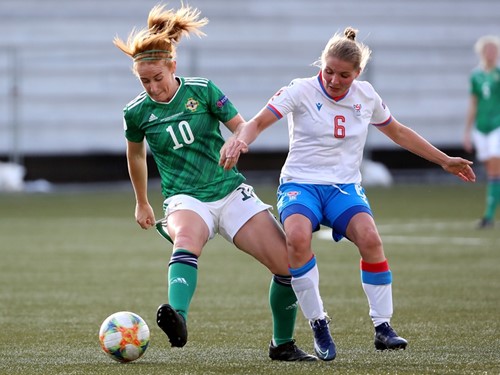