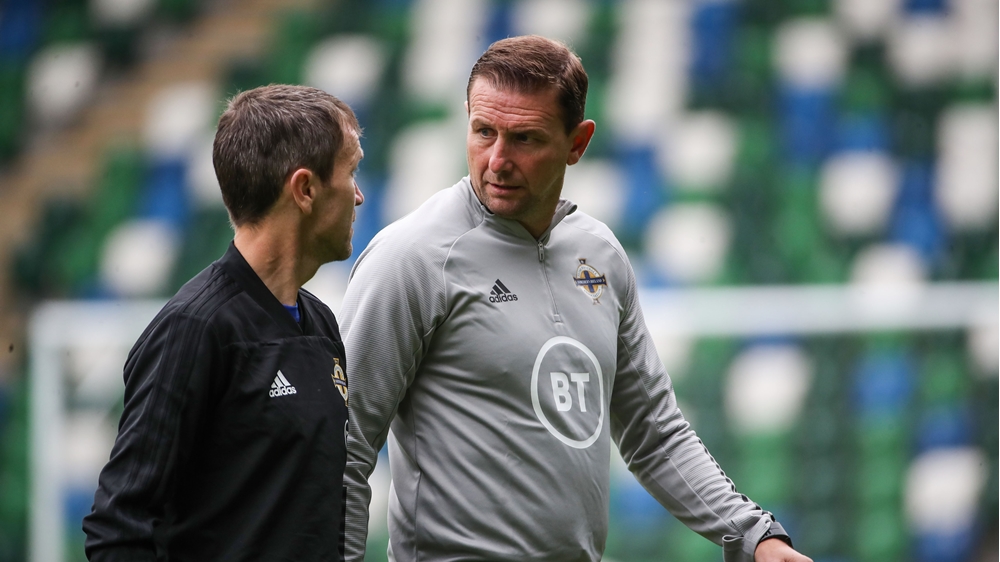 Northern Ireland manager Ian Baraclough is “very pleased” with how the senior men’s squad are shaping up ahead of their UEFA Nations League encounters against Romania and Norway.

He revealed the players had a “lively” first training session at the Civil Service grounds in east Belfast yesterday – and earlier today they trained at the National Football Stadium at Windsor Park.

There are no injury concerns at present ahead of the match against Romania in Bucharest on Friday. Joel Cooper suffered a blow to the head when playing for his new club Oxford United at the weekend but he took part in this morning’s session at the NFS.

The boss said: ““One or two we have to be careful with because they are only two weeks into their pre-season really. And one or two haven’t trained as much as they would have liked as well so we are having to taper the time a little bit.”

He further revealed the Northern Ireland players and staff held a meeting yesterday to “re-focus” following their lengthy lay-off from international football.