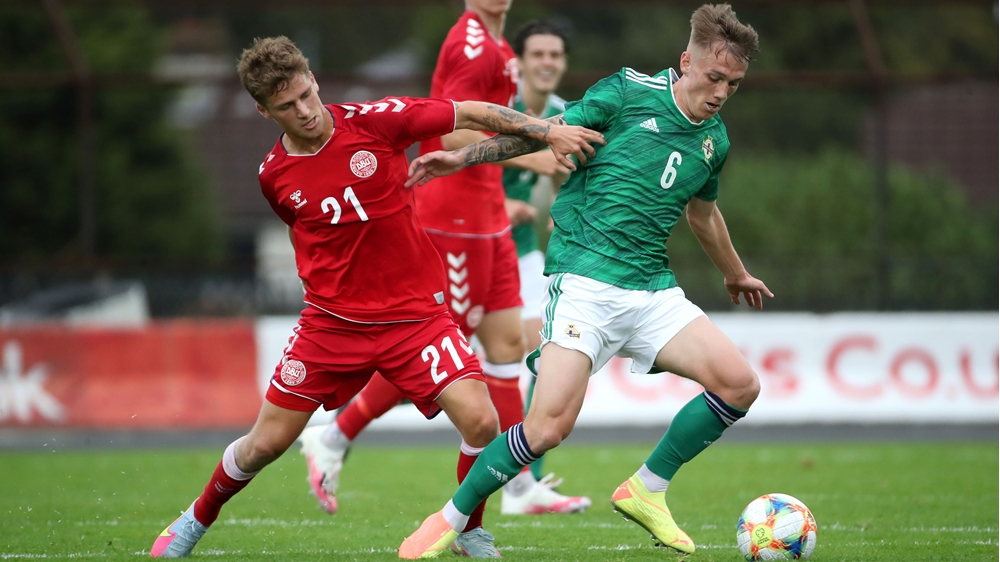 Northern Ireland’s U21s narrowly lost out to table toppers Denmark in a behind closed doors U21 Euro 2021 qualifier at Ballymena Showgrounds tonight.

The strong, powerful Danish side made most of the running in the first half of the Qualifying Group 8 clash but Northern Ireland were much better after the break and were unlucky not to secure a point.

A second half penalty from Andreas Olsen, who plays for Bologna in Serie A, was enough to seal a 1-0 victory for the Danes.

The first chance of the game fell to Denmark’s Frederik Ibsen but he steered his effort wide and then Northern Ireland forward Shayne Lavery, drafted in from the senior panel, missed the target.

Denmark enjoyed long spells of possession and were not afraid to shoot from distance. Andreas Dreyer, Carlo Holse and Lukas Klitten all fired shots wide of the target. And Dreyer and Olsen had efforts blocked by a resolute home defence.

The hard-working Lavery had a couple of efforts in the opening half-hour but they did not trouble Denmark keeper Oliver Christensen.

As the half drew to a close Olsen drilled a shot wide of the upright before Lavery had another shot blocked down the other end, and Denmark’s Emil Jakobsen produced a low drive which drifted past the post.

The group leaders almost opened the scoring just after the break. A long through ball found Olsen and Hazard did well to push away his rasping shot.

Andy Crosby’s Northern Ireland team, who registered their first win in U21 Euro 2021 qualifying with a 2-0 victory over Malta on Friday, then had a good opportunity when Lavery’s cushioned header fell to Alfie McCalmont but the midfielder blazed the ball over the top.

Holse clipped a shot over the bar for the Danes before substitute Jack Scott fed Alistair McCann just inside the area, however the midfielder screwed his shot wide of the upright.

On 62 minutes Lavery produced an excellent run which ended with him jinking into the six-yard area, however his shot from an angle flew inches above the bar.

In the 74th minute Denmark took the lead from the spot. Ross Larkin was adjudged to have fouled Denmark captain Victor Nelsson during a goalmouth melee and Olsen made up for his earlier miss by confidently stroking the ball into the corner of the net, sending Hazard the wrong way.

Ethan Galbraith then fired a free-kick straight at Christensen, while Olsen forced another good stop from Hazard before Danish sub Mohamed Daramy, after going on a mazy run, had a close range effort pushed away by the keeper.

The victory means Denmark have won six and drawn one in Group 8, while Northern Ireland have won one, drawn three and lost three with three games remaining. 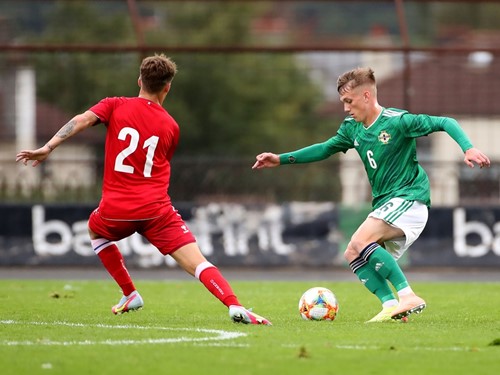 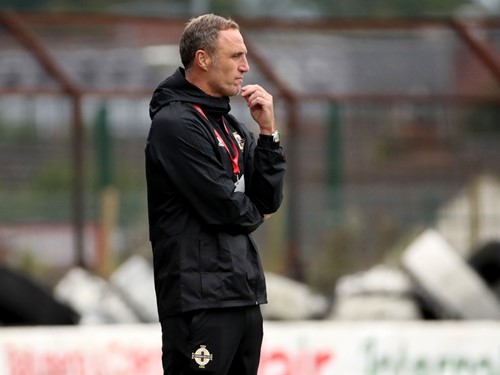 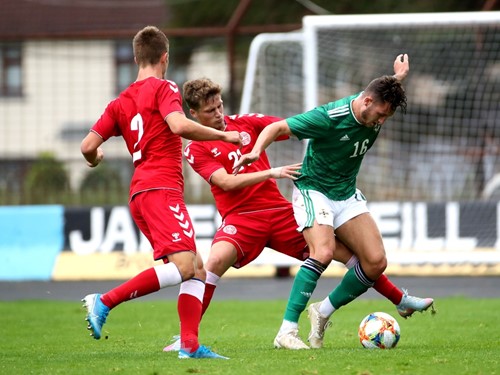 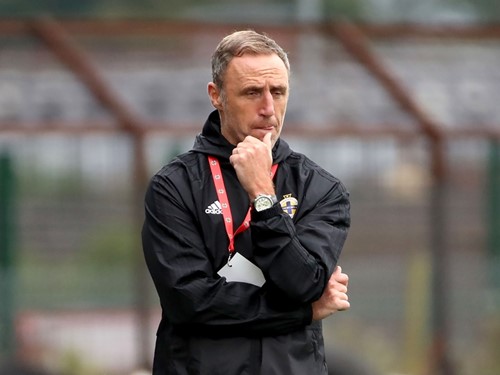 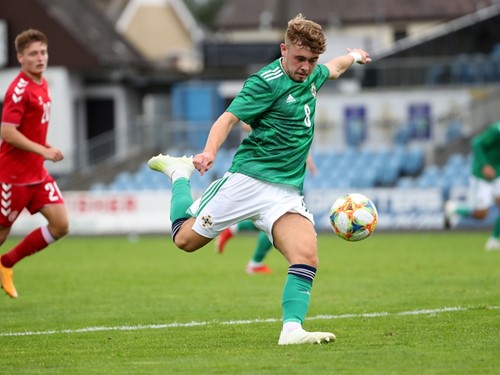 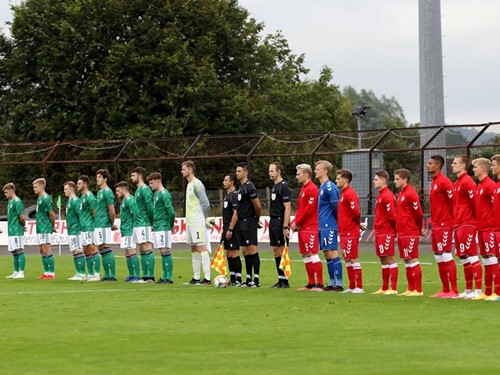 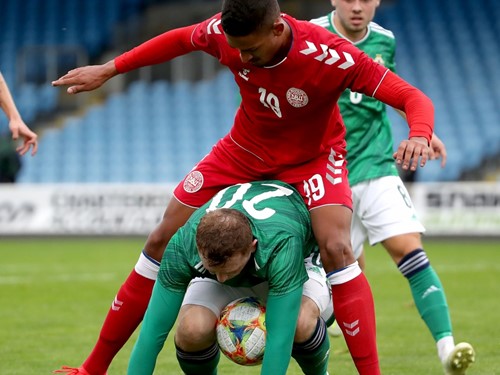