Northern Ireland battle bravely to secure a point against Romania 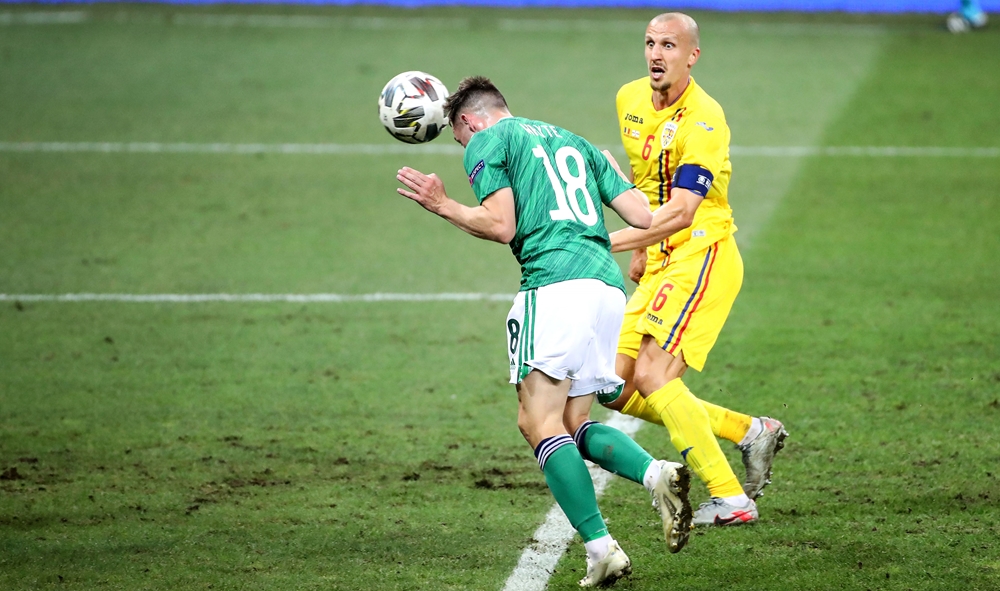 Northern Ireland needed every ounce of their renowned fighting spirit to secure a point against Romania in Bucharest tonight.

Ian Baraclough’s team were down to 10 men for more than 60 minutes but still managed to find a way to earn a 1-1 draw in the UEFA Nations League encounter behind closed doors in Romania’s National Stadium.

Gavin Whyte popped up with an equaliser late in the League B Group 1 tie after Northern Ireland had repelled several attacks.

Goalkeeper Bailey Peacock-Farrell was the hero of the match with a string of fine saves – and he also played a key role in Northern Ireland’s goal.

Debutant Daniel Ballard and Craig Cathcart were also excellent in the centre back positions, ably supported by Stuart Dallas and Jamal Lewis. In fact all the outfield players were outstanding when under the cosh.

Before tonight Radoi had the bragging rights with a 3-0 home win and a 0-0 draw in Ballymena under his belt, but Baraclough will no doubt have a smile on his face after his new charges dug in at the Arena Nationala, the home of Steaua Bucharest.

There was little to choose between the two sides in the opening quarter and there were some tasty tackles.

Reading striker George Puscas looked lively for the Romanians and he had to be stopped in his tracks on a couple of occasions before he opened the scoring on 24 minutes.

From a free-kick Ianis Hagi slipped the ball to Nicolae Stanciu and his rasping low drive was superbly pushed away by Peacock-Farrell, however Romania captain Vlad Chiriches pounced on the rebound to steer the ball across goal and Puscas was on hand to tuck the ball home from close range.

The Northern Ireland players insisted a Romanian player was offside in the build-up to the goal but referee Francois Letexier waved away their protests.

A few minutes later Paddy McNair fired a free-kick goalwards but Romanian keeper Ciprian Tatarusanu plucked the ball out of the air.

Then McNair swung in another free-kick and Ballard headed the ball towards goal, however it was an easy take for the keeper.

Northern Ireland were reduced to 10 men in the 38th minute when striker Josh Magennis was sent off for a second bookable offence. He was shown a second yellow for making contact in the air with Romanian midfielder Alexandru Maxim.

After the interval the home side went for the jugular. In the 53rd minute Peacock-Farrell produced an excellent stop from a Puscas header and then the Northern Ireland keeper easily collected a tame effort by the striker.

On 62 minutes Sergiu Hanca fired an effort over the top before Denis Alibec drilled a low shot straight at the keeper.

Five minutes later Peacock-Farrell pulled off another excellent save, this time from a Stanciu drive, and then Corry Evans inadvertently diverted the ball against the base of the post while sliding in to make a clearance.

Peacock-Farrell was at it again in the 79th minute when his superb reflex stop kept out Puscas’s thunderous shot.

In the closing stages McNair flashed a cross-cum-shot across the Romanian box before substitute Whyte popped up with the equaliser – and Peacock-Farrell was involved again.

In the 86th minute the Northern Ireland keeper launched a free-kick towards the far post where substitute Kyle Lafferty rose above his marker and headed the ball across the face of goal and Whyte was there to nod it home from close range.

Romania almost bounced back straight away when Alibec unleashed a fierce shot, however Peacock-Farrell somehow managed to get his fingertips to it and the ball smashed against the woodwork.

The home side piled forward in the closing stages but Northern Ireland held on to secure their first ever Nations League point.

Northern Ireland now face Norway in another Nations League tie in Belfast on Monday, and it will be the final dress rehearsal for next month’s Euro 2020 play-off semi-final against Bosnia and Herzegovina. 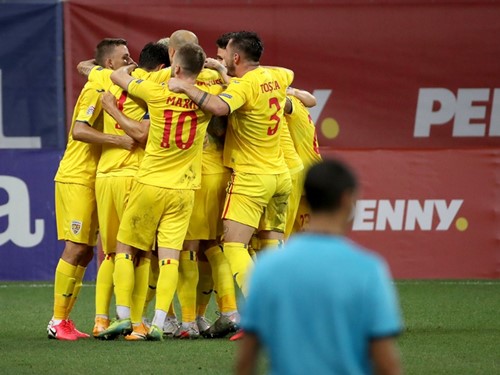 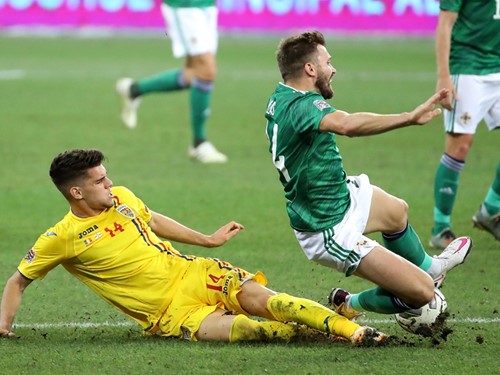 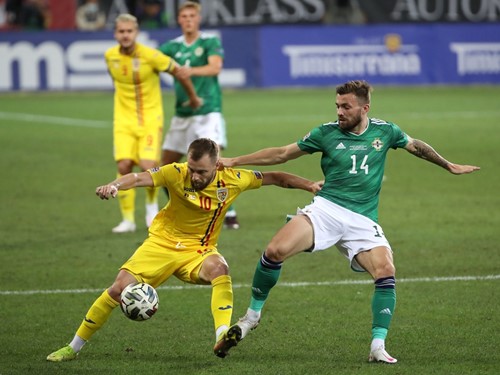 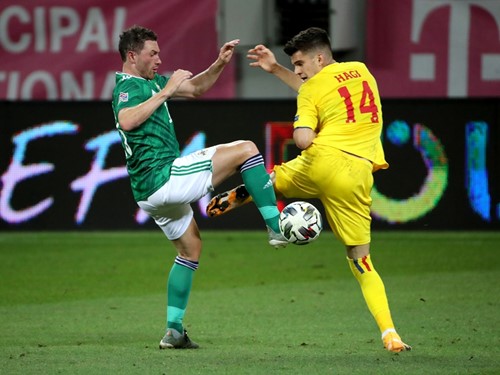 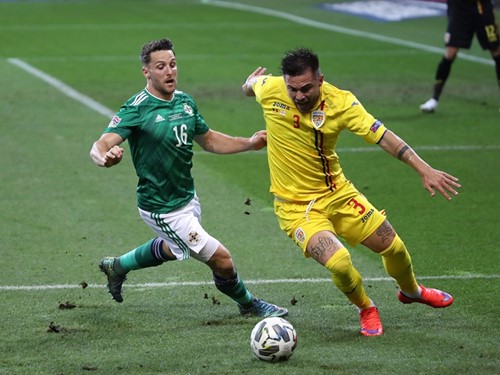 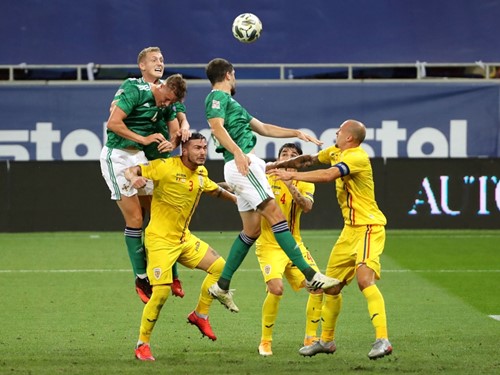 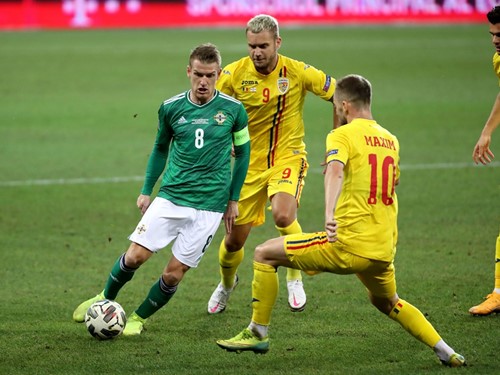 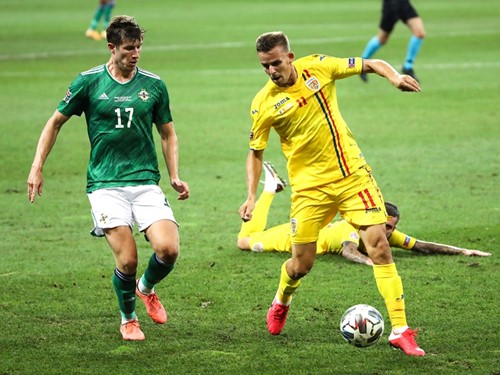 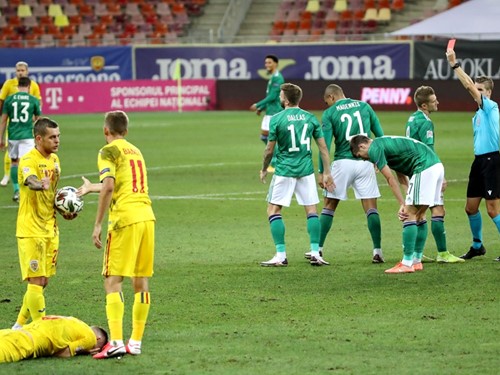 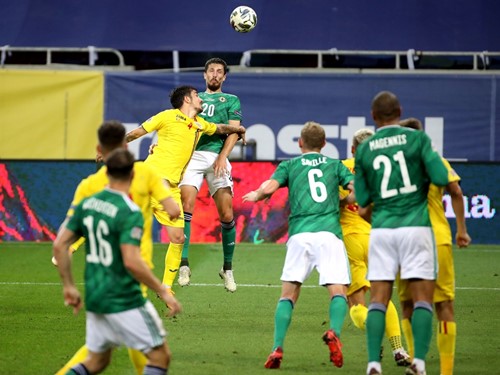