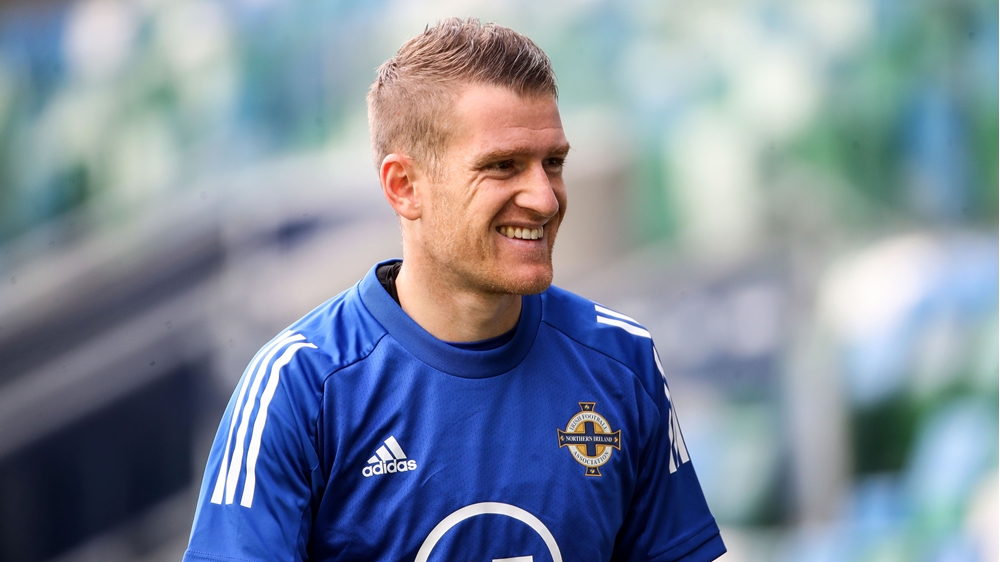 The midfielder, who made his debut in February 2005 against Canada, has enjoyed a long and distinguished career in the green shirt and admits it’s difficult to sum up exactly what it will mean to him to draw level with the goalkeeping legend.

“I’ve been asked about it a lot over the last number of international trips I’ve been on and I’ve been edging closer every time,” he said.

“It’s hard to sort of put into words what it will mean to me but of course you have to go into the game with a professional head on and not think too much about it and just concentrate on the game. Hopefully it will be a positive night all round in terms of the result and equalling Pat’s record.”

Click on the image above to hear what Davis had to say as well as his take on Friday’s draw in Romania, the prospect of Norway and Daniel Ballard’s debut performance.