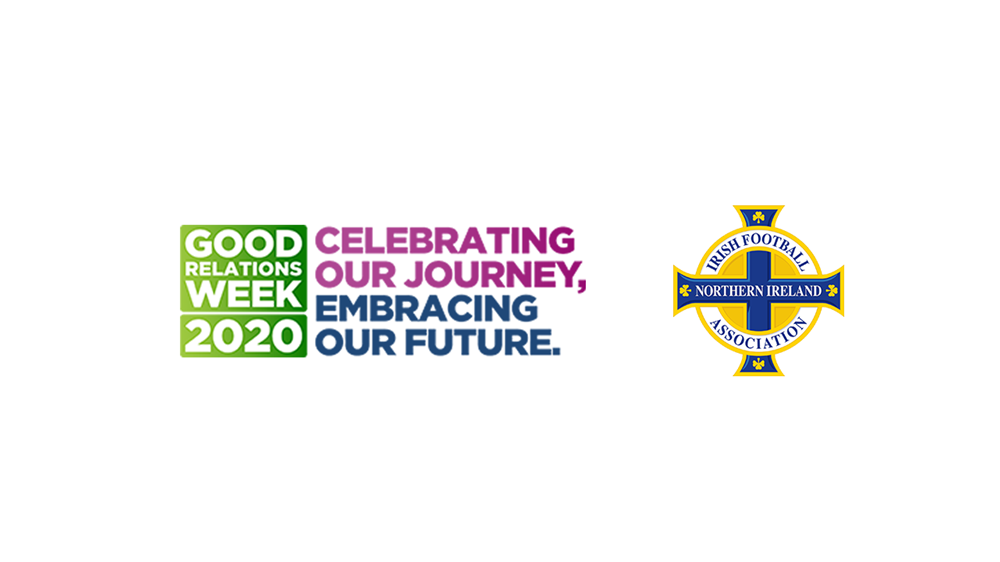 The Irish Football Association is supporting Good Relations Week with a raft of activity including an online conference with Ulster Rugby and Ulster GAA as well as supporting an anti-racism and anti-sectarianism programmes.

Through the event, SUC - which is run by the Irish FA, Ulster GAA and Ulster Rugby - aims to showcase the work of clubs across all three sports in their efforts to becoming inclusive clubs. 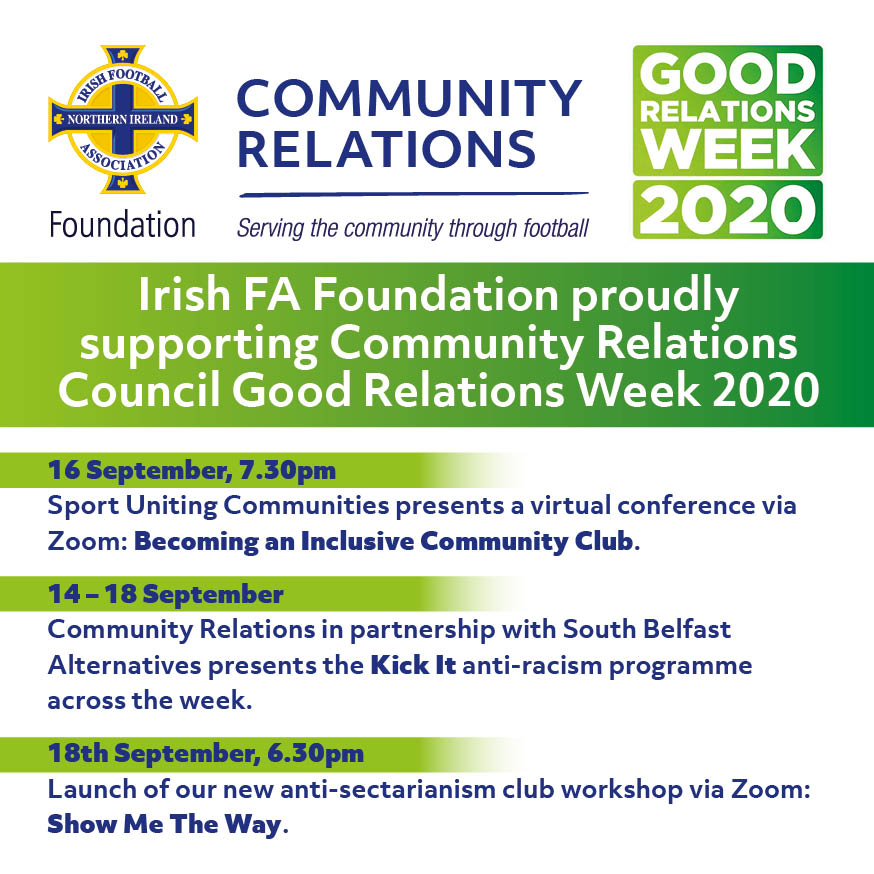 The Irish FA is also set to support ‘Kick It’ – a week-long programme bringing young people together through South Belfast Alternatives and Multi-Ethnic sports and Cultures NI.

The participants will go through our racism awareness and equality course and hear from guest speaker Andrew George, president of the National Black Police Association.

The young people will also begin their football coaching journey by completing the Irish FA’s Grassroots Introduction to Coaching award. The week will finish with participants organising and playing in a football celebration event leading to a team representing the group in the next KO@3 tournament.

Also planned in is a project called Show Me the Way - an anti-sectarianism workshop, in association with Tides, aimed particularly at amateur clubs. It focuses on clubs becoming more open and understanding to each other’s cultures both on and off the pitch.