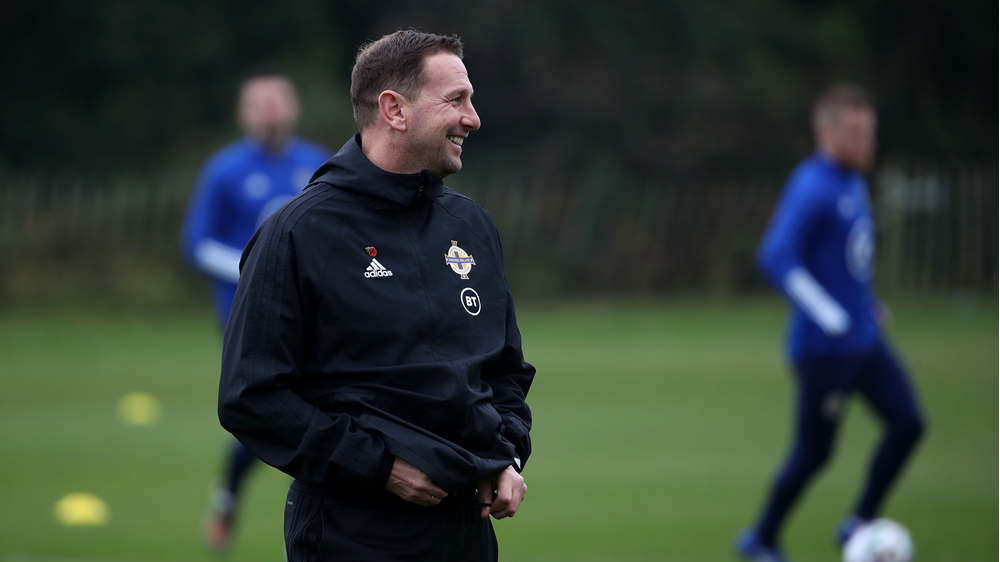 Corry Evans has been ruled out of the UEFA Euro 2020 Path B Play-Off Final against Slovakia in Belfast later this week.

The experienced midfielder suffered a hamstring injury while playing for Blackburn Rovers against Queens Park Rangers in the Championship on Saturday – and now faces a lengthy spell on the sidelines.

Evans, who has won 64 caps for his country since making his debut in 2009, will also miss Northern Ireland’s UEFA Nations League matches against Austria (away) on Sunday and Romania (home) next Wednesday.

The hamstring injury was confirmed after scans were reviewed by the Northern Ireland medical team.

“He’s obviously gone and done a hamstring during the Blackburn game so sadly for him he won’t be able to meet up with us,” Baraclough said at a Northern Ireland training session at Civil Service in east Belfast this afternoon.

Evans sustained a fractured skull in January but made a relatively quick recovery to return to action for his club in June.

The 30-year-old, who last month started in Northern Ireland’s play-off semi-final win over Bosnia and Herzegovina and wore the captain’s armband in the second half of the Nations League match against Norway in Oslo, is not the only player to have withdrawn from the squad.

The Northern Ireland boss also confirmed Aberdeen winger Matthew Kennedy is out of the panel with a leg injury.

He has been replaced by Rochdale defender/midfielder Ryan McLaughlin, who was last in the squad for the tour of Central America in summer 2018.

“Ryan can play in a multitude of positions… and has good pace. He has had his injury problems but he has had a good run of games with Rochdale and I felt he was the right player to bring in,” the manager said.

Baraclough further revealed he sensed a hunger in the squad ahead of Thursday’s big game against the Slovakians.

He pointed out: “The players’ minds are on it. They are trying to find out information on the opposition. There’s a concentration. They want to get down to business and that’s how it was last month, and that’s how I feel it is today, and we’ll build that up as we go along.

“We know it’s a game we are capable of winning if we set our minds right, if we do the right things. We’ve had a good meeting already to set out the next 10 or 11 days. All eyes are on the Slovakia game now.”