WATCH | Michael McGovern: We have to move on from play-off final defeat 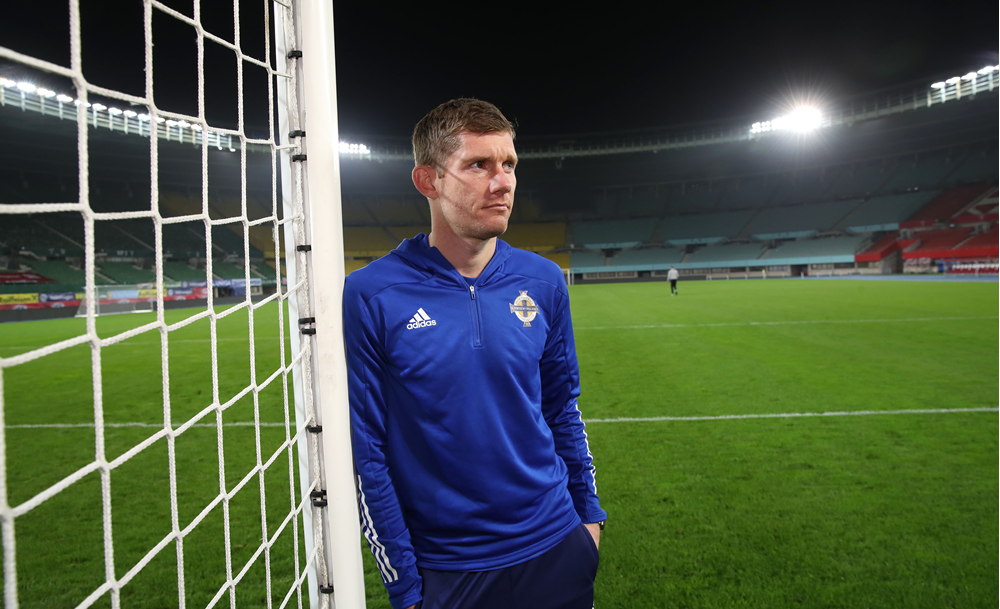 Ian Baraclough’s men take on Austria in the Nations League tomorrow night (7.45pm kick-off) and McGovern insists the squad can’t afford to dwell on the heartache of the 2-1 loss to Slovakia.

Speaking pitchside at the Ernst Happel Stadion, McGovern said: “We were hurting after the game and on Friday, especially. But we can’t dwell on it. We have to move on and prepare ourselves properly for the game against Austria.

“In football you get setbacks and we get disappointments and when they come you have to bounce back as soon as possible.

“Austria are probably the best team in the group – obviously Norway gave us a very hard game at home but Austria are the best tactically. They have some top players and it’s going to be a difficult task but it’s on we’re looking forward to. We’ve beaten teams like this before and there’s no reason why can’t do it again.”

Click on the image above to hear what he had to say.