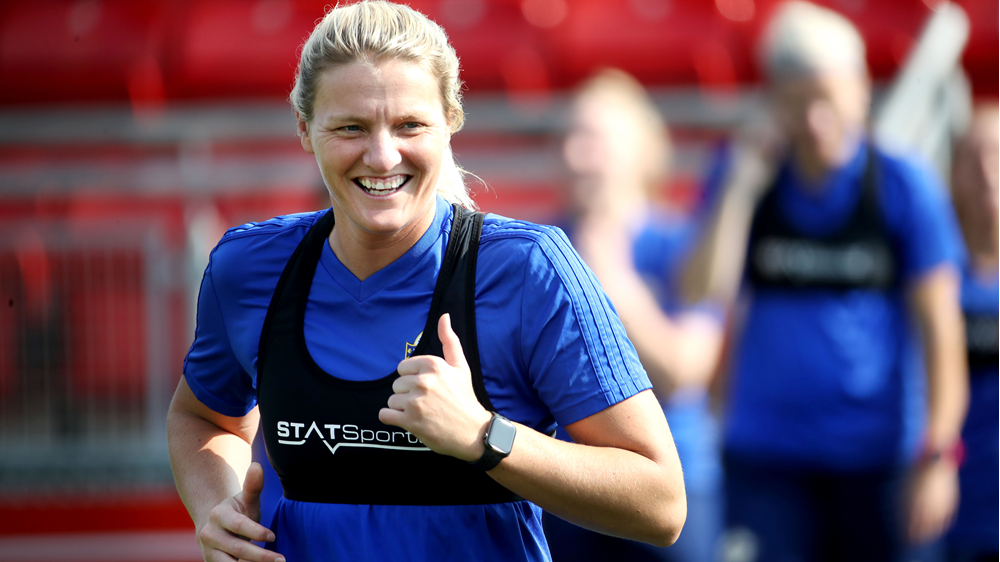 Experienced defender Ashley Hutton admits it’s exciting times for women’s football in Northern Ireland but she has her sights firmly set on seeing off Belarus tonight.

The Linfield Ladies centre-back has been a mainstay of the Northern Ireland defence for many years and is now, along with the rest of the squad, just two wins away from a play-off shot at qualifying for UEFA Women’s Euro 2022.

Victory over Belarus and a win against the Faroe Islands on Tuesday would seal that play-off tilt but Hutton says she’s looking no further than tonight’s big test and says it’s an honour every time she steps out on the pitch for her country.

“It’s probably going to be the biggest game of my career and everyone else’s. It’s the first time Northern Ireland have ever been in this position in the Euro or World Cup qualifiers so it’s really exciting times,” she said.

“Although we beat Belarus out there with 10 players there’s no such thing as an easy game in international football so we have to put the hard work in. We have to be strong defensively and have the belief going forward.

“It’s an honour to play for your country no matter what … it’s just a privilege and you never take your position in the team for granted.

“It’s exciting times for us. It’s obviously disappointing that the fans couldn’t come to watch us in this one but I know they’ll all be watching us on TV and we’re going to do our country proud.”