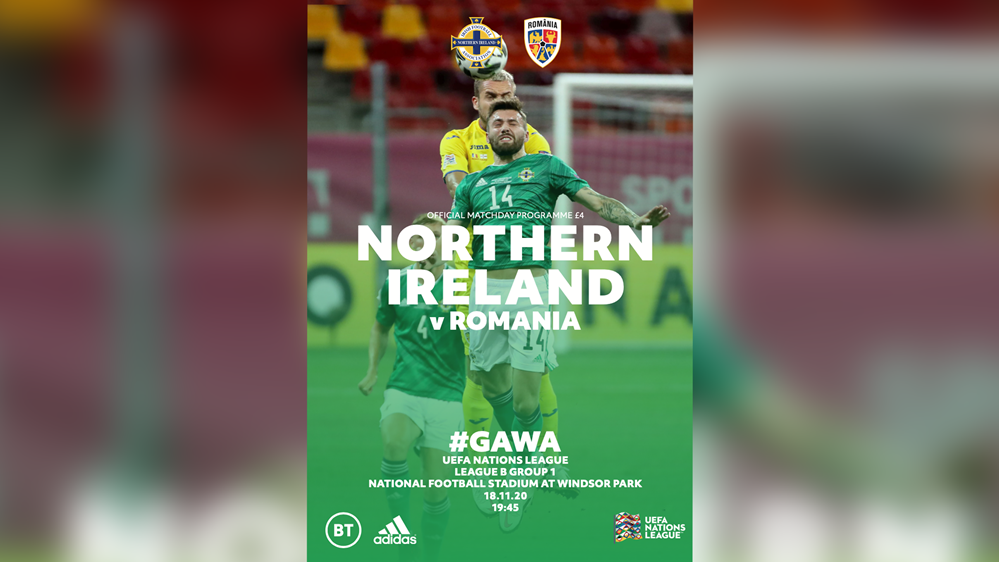 The e-programme for the game against Romania on Wednesday (18 November) features Northern Ireland manager Ian Baraclough’s reflections on his team’s performance against the Slovakians in last week’s Euro 2020 Path B Play-Off Final.

And it also includes a picture gallery capturing all the action from the Euro decider at the National Football Stadium at Windsor Park.

The manager’s thoughts on the narrow Nations League defeat to Austria last night will be revealed as well - plus there is a picture gallery of the game in Vienna.

In addition there will be a special Did You Know? feature on Northern Ireland midfielder Stuart Dallas, who earned his 50th cap against the Slovakians and captained the side against Austria.

The digital programme (available above) includes an in-depth look at the Romanian squad and various special features plus much, much more.

Orders for a print version of the Romania programme have now closed.