Northern Ireland U21s squad for away match against Ukraine revealed 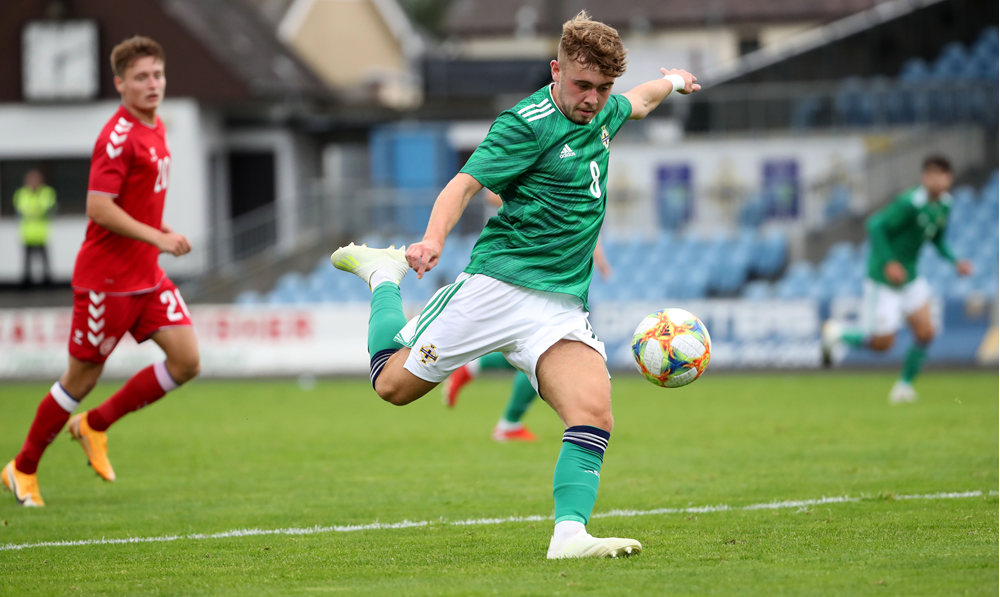 A 22-strong squad has been chosen by Andy Crosby to make the trip to Ukraine next week for the final match in Northern Ireland’s U21 Euro 2021 qualification campaign.

Northern Ireland U21s can’t qualify for the finals next year but they will be aiming to finish on a high in Group 8 when they take on the Ukrainians at the Kolos Arena in Kovalivka on Tuesday (17 November).

In their nine U21 Euro 2021 qualifiers to date the boys in green and white have managed two victories, three draws and suffered defeats home and away to group winners Denmark U21s, a defeat away against group runners-up Romania and a home defeat to Finland.

That home defeat against the Finns came last month at Ballymena Showgrounds, however they produced a fine display to beat Ukraine 1-0 in Ballymena in their second outing in October. And Crosby will be looking for a repeat performance in Kovalivka.

The Northern Ireland U21s boss has brought in two new keepers in Crystal Palace’s Ollie Webber and Celtic’s Liam Hughes. Hughes has been in previous U21 squads but it’s Webber’s first call-up having previously played for the U19s.

The pair replace Celtic keeper and regular U21s captain Conor Hazard, who has been called up to the senior panel for their triple header this month, and Derry City’s Nathan Gartside.

Also receiving their first call-ups are Ballymena United midfielder Trai Hume, Portadown midfielder Luke Wilson and Rangers striker Chris McKee. All three have previously represented their country at either U17 or U19 level.

And back in the fold is Blackburn Rovers defender Lewis Thompson.

The newcomers for the October double header, midfielders JJ McKiernan (Watford), Amrit Bansal-McNulty (QPR – on loan at Serie C side Como) and Liam Ravenhill (Doncaster Rovers), have all retained their places in the panel.

Manchester United midfielder Ethan Galbraith has been promoted to the seniors along with Conor Hazard, while Cliftonville defender Aaron Donnelly, Derry City midfielder Jake Dunwoody and the injured Bobby Burns (Glentoran) all miss out this time along with regular striker David Parkhouse ((Sheffield United – on loan at Hartlepool United). 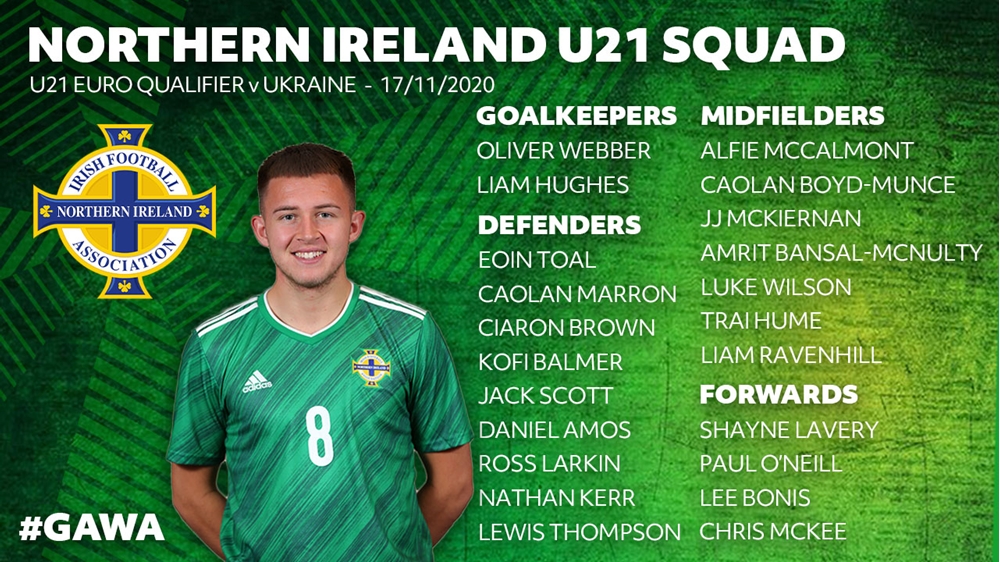 The Northern Ireland U21 squad: