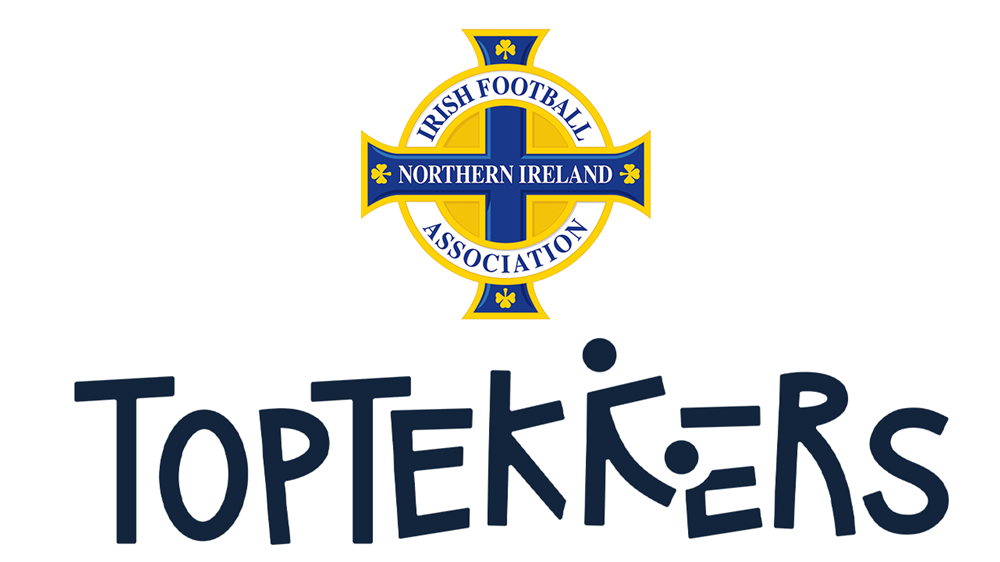 TopTekkers is delighted to announce a partnership with the Irish FA that will help thousands of young players improve their skills away from the training field.

Initially 1000 boys and girls from the IFA’s development programmes, including the Elite Pathways programme and players at the residential JD IFA Academy at Ulster University’s Jordanstown campus, will use the TopTekkers app to aid their development.

Alfie Wylie, Head of Elite Performance at the Irish FA, said: “Top Tekkers is a great programme for all young players to have. It not only gives you a skill to practice but you also get a demonstration and an opportunity to keep your scores and monitor your progress with fun competitions.

“The Electric Ireland Girls’ Regional Excellence players have had great fun with all the various skills that are on the programme and by doing so have greatly improved . This programme will help any young player develop in their own home and in their own time.”

TopTekkers is the fun and engaging player development app for young football players who want to master the fundamental techniques of the sport and become the best player they can be. With TopTekkers, Irish FA coaches will be able to set off-field tasks for their players to complete at home and monitor progress on a team and individual level.

TopTekkers founder Chris Barton said: “Not only are we immensely proud to announce this partnership with the Irish FA, we are also really excited to see what the organisation, and country as a whole, is going to achieve with TopTekkers.

“TopTekkers is going to help coaches connect with their players like never before, encouraging those vital hours of practice that need to be put in away from organised training sessions, while the players themselves are really going to enjoy seeing their development happen in real time.

“We designed TopTekkers to empower young players so that they can reach their true potential by spending their off-field practice time wisely.

“But the app also gives coaches the ability to monitor progress, make adjustments where necessary, identify which players need help in certain areas and ensure that players improve their own technical ability so that group training becomes even more enjoyable and rewarding - so TopTekkers improves teams as well as individuals.”

The Irish FA is the first national governing body to partner with TopTekkers but joins a stellar list of clubs and organisations who track their player development using the app, including Sheffield United, Burnley FC, Chicago Fire and the American Youth Soccer Organization (AYSO).

As part of the partnership the Irish FA is offering players from elsewhere within their set-up the chance to take advantage of TopTekkers at a discounted rate. If you are a player within the IFA system look out for your offer code hitting your inbox soon!

For more information about how TopTekkers can help your child or your football club visit www.toptekkers.com