Manager reveals McGinn and Thompson will miss game against Austria 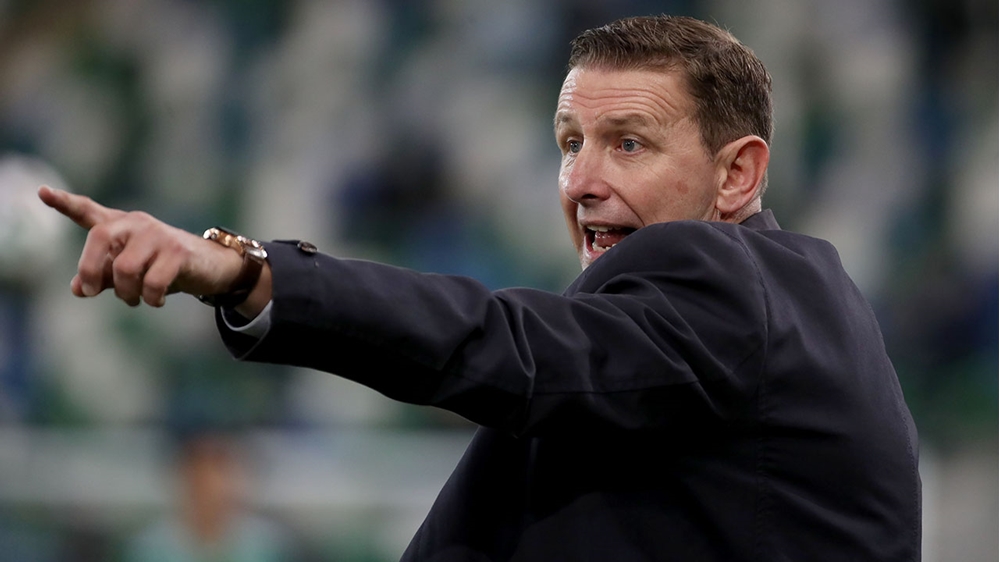 He said the pair were both carrying knocks from the Euro 2020 play-off final defeat against Slovakia in Belfast on Thursday night but will remain with the squad ahead of the home Nations League match against Romania next Wednesday.

The team trained this morning at Civil Service in east Belfast ahead of their flight to Vienna this afternoon.

Baraclough confirmed both McGinn and Thompson will miss the game against the Austrians along with Middlesbrough midfielder George Saville, who left the squad yesterday and returned to England for personal reasons.

However, he added that all other members of the squad had reported fit for duty even though there were “some tired legs” from the other night.

He said the group had, naturally, talked about the play-off final defeat but it was now time to start to look forward to the two remaining games in this month’s triple header.

Baraclough pointed out that he and his staff will assess tiredness and fatigue ahead of the match at the Ernst Happel Stadium tomorrow, but insisted the players are “ready to go”.

The manager explained one or two players will be given a chance against the Austrians as he looks to freshen things up. “Whoever takes to the pitch against Austria has their chance of staking a claim,” he said.

Baraclough also revealed part of his method in helping players to get over the disappointment of the play-off semi-final defeat: “It’s important to have Individual chats with the guys and reiterate they did not let anybody down the other night and, for me, anytime they pull on the green jersey it means something to them. Getting them up for games is never a problem.

“Yes, there’s the disappointment, but you have to put that to the back of you and try and finish these (Nations League) games as strongly as possible.”

He said there was still a chance to improve Northern Ireland’s seeding and get up the world rankings ahead of the World Cup draw so it was important to perform in the remaining Nations League games.

The Northern Ireland boss further revealed: “We had a chat last night about what’s ahead of us, a World Cup campaign that will be quickly upon us come March. The draw is in three weeks’ time and the next time we get together as a group it will be the World Cup. We have quickly tried to shift onto that now.”