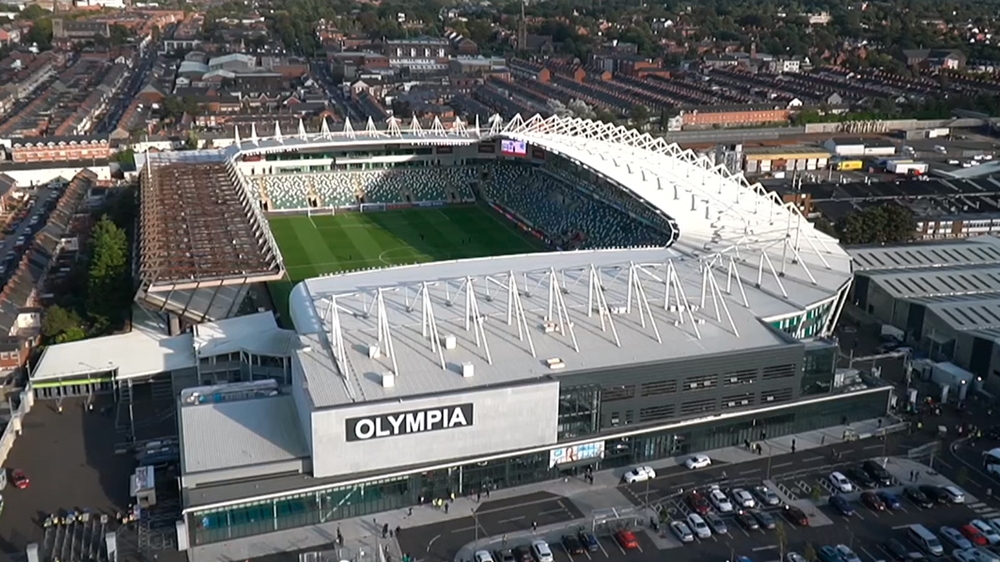 The new format will see Shamrock Rovers and Linfield joined by the next top placed teams in the 2021 League of Ireland and 2020-21 Northern Ireland Football League seasons for a four-team tournament, with the regionalised semi-finals and the final scheduled for late 2021.

The sponsorship for the postponed 2020 event will be rolled over to benefit participating clubs in the 2021 competition. The new format has been welcomed by the FAI and the Irish FA as they continue to work together for the benefit of the domestic game on both sides of the border with the key goal of achieving long term benefits for all clubs.

“The COVID-19 pandemic has forced us to rethink the format for the Unite the Union Champions Cup and we are delighted to announce this new four-team tournament for 2021 due to the enforced postponement of this year’s competition,” said League of Ireland Director Mark Scanlon.

“The clubs in the League of Ireland and the Northern Ireland Football League have called for more cross-border competition and co-operation and we have been delighted with the support of the Irish FA and NIFL in rescheduling and enhancing the Unite the Union Champions Cup.

“I would also like to thank Unite the Union for their ongoing commitment and for ensuring that the competition not only overcomes the challenges presented by COVID-19 but benefits with this new formula for 2021 which will be hugely attractive to the top two teams in the Republic and Northern Ireland.

“This is a unique sponsorship and we thank Jackie Pollock and his colleagues at Unite the Union for their ongoing partnership to the benefit of the clubs in the League of Ireland and the Northern Ireland Football League and also to their communities.”

Sean Murphy, Chief Operating Officer for the Irish FA, said: “We welcome the ongoing commitment of our partners at Unite the Union and their pragmatic approach to the fixture challenges that this year has presented. We look forward to welcoming them back for the return, and extension of, this exciting competition in 2021.”

Unite the Union’s Regional Secretary Jackie Pollock commented: “2020 has been a difficult year for everybody, including those who have lost their jobs, and this one year pause before an expanded competition in 2021 does not represent a pause in our equality, diversity and community projects, which continue apace.”

Brendan Ogle, Unite the Union’s Senior Officer in the Republic of Ireland, congratulated Linfield and Shamrock Rovers on their successful domestic season in 2020 and added: “Unite’s philosophy of working with all in our communities regardless of race, colour, creed or orientation finds new expression through this sponsorship and we very much look forward to this expanded four team competition in 2021.

“Unite the Union is continuing our anti-racist and anti-sectarian work at community level. One quarter of the total sponsorship money will be used in this way in communities, schools, direct provision centres and relevant education programmes.”

Dundalk won the inaugural Unite the Union Champions Cup last year with victory over Linfield in the two-legged final.