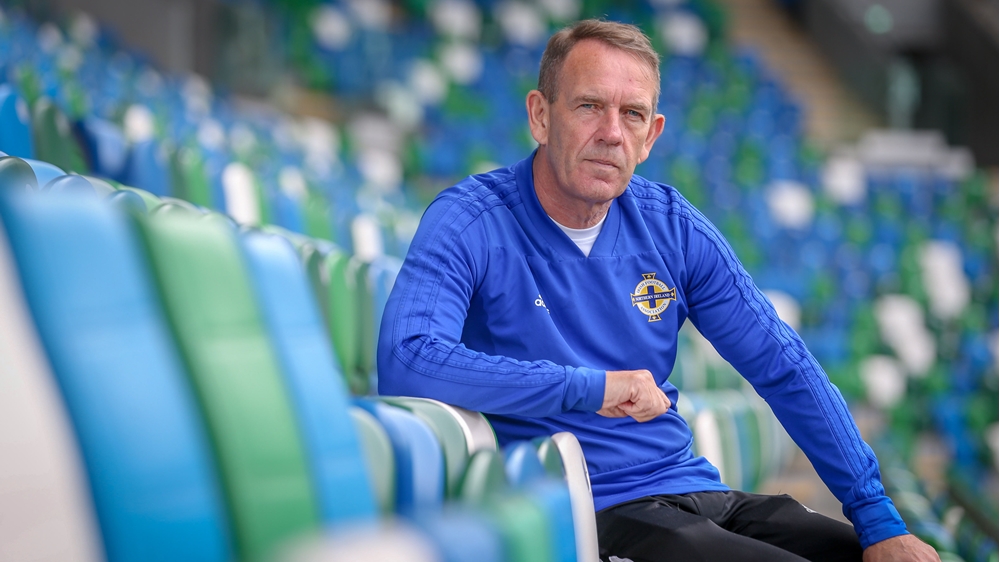 Northern Ireland’s senior women’s team will be going all out for victory when they take on Belarus in a Euro qualifier in Belfast this evening (7.00 start).

Kenny Shiels’ side know that they need to win the game to keep their hopes of reaching Women’s Euro 2022 alive.

And both the manager and players are quietly confident they can do the double over Belarus, whom they defeated 1-0 in Minsk last month.

Northern Ireland (eight points from six games) need to beat Belarus at Seaview this evening and then Faroe Islands next Tuesday at the same venue to be certain of finishing runners-up in Qualifying Group C behind already qualified Norway – and that would seal a play-off match for a place at the 2022 finals in England.

If Belarus (six points from five games) win and then defeat Wales on Tuesday they would finish second in the group if they win their rearranged game against the Norwegians. The date/venue for that game in Norway, postponed from last month, is still to be confirmed.

Wales, on the other hand, will reach the play-offs if they beat Belarus in Newport and Northern Ireland drop points in either of their games.

The Welsh are currently sitting on 11 points from seven games. If Northern Ireland and Wales both finish on 14 points then Shiels’ team will qualify for the play-off match by virtue of the head-to-head (2-2 away, 0-0 at home).

In Minsk last month Northern Ireland played most of the game with 10 players after goalkeeper Jackie Burns was sent off, however a goal from Rachel Furness was enough to secure all three points.

It means Northern Ireland will be without Burns tonight as well as experienced midfielder Sarah McFadden, who is suspended, and striker Simone Magill, who was injured playing for her club.

In his programme notes for the game against Belarus, the manager said: “Naturally, we are excited about the game. In preparation this week we have been trying to isolate the two games and focus solely on tonight’s fixture. The girls are relaxed and have been working really hard.

“We will miss the experience and composure of Sarah in the middle of the park but the determination and hard work of the entire team got the result in Belarus and the girls will bring that team spirit to the game tonight.

“A win is a big ask but we are looking forward to the match and it will be an excellent result if we can get the three points.”

Belarus, who are 53rd in FIFA’s most recent world rankings, which is two places above Northern Ireland, are expected to throw caution to the wind tonight and will field an attack-minded team.

The match is being streamed live on the BBC Sport NI website and iPlayer.