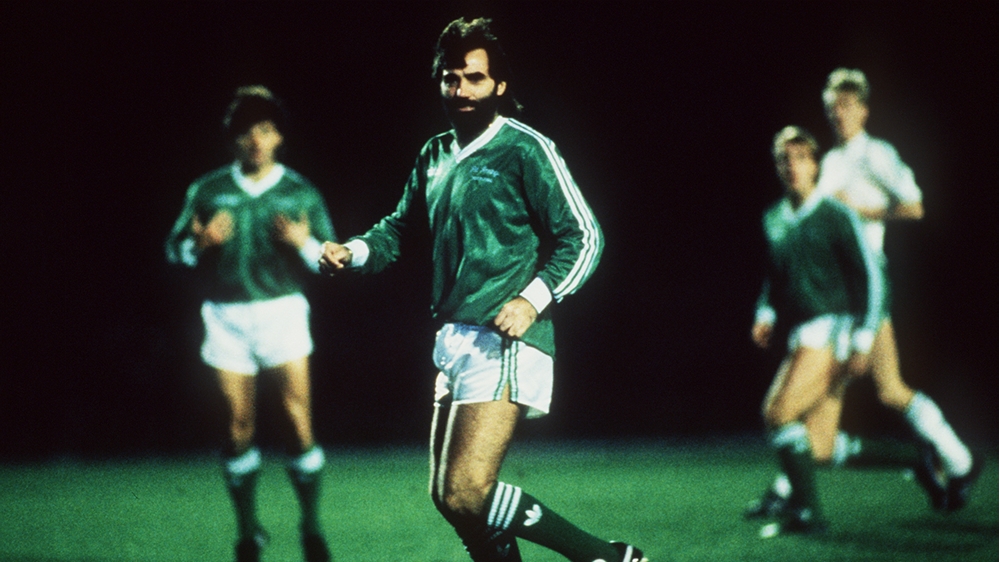 Today marks 15 years since the death of a Northern Irish football icon. There is only one word to describe George Best: genius!

For an entire generation the mercurial Best was a superstar and the greatest player on the planet bar none! His mesmerising skill, his balance his poise were just a few of his exhilarating traits.

It all began in 1963, just two years after signing as a schoolboy for Manchester United, when he made his league debut for the club in a home fixture against West Bromwich Albion at the tender age of 17.

Even at that early stage it was plain to see George had it all: balance, pace, bravery, vision and most of all an unshakable belief in his own ability. The youngster from the Cregagh Estate in Belfast had the world at his feet.

Throughout the 1960s he was arguably the world’s greatest footballer, winning two league titles and a European Cup with Manchester United as well as being named European Football of the Year - and all that by the time he was 22.

On the international stage Best and Pat Jennings both made their debut in a 3-2 British International Championship win against Wales in 1964.

George himself believed his finest ever performance in a green shirt was the 1-0 victory over Scotland at Windsor Park in October 1967. Best was unplayable in that game and only the sheer brilliance of Celtic goalkeeper Ronnie Simpson prevented him from getting on the scoresheet.

In February 1974 after 468 appearances and 178 goals, he called time on his Old Trafford career.

George became something of a journeyman following his Manchester United departure: he had spells in America with Los Angeles Aztecs and San Jose Earthquakes as well as stints with Fulham and Scottish Premier League side Hibernian in the mid to late 1970s.

In 1976, following a three-year absence, Northern Ireland boss Danny Blanchflower recalled him into the international fold for the World Cup tie with the Netherlands in Rotterdam.

Best, who was then starring with Fulham in the old second division, rolled back the years with a breathtaking performance against a Dutch side who were World Cup runners-up just two years previously.

He was to represent his country on just another four further occasions, before playing his final game in a 1-0 reverse to the Netherlands at Windsor Park in October 1977.

Following his retirement, George worked in the media as a football pundit for a number of years before sadly passing away on 25 November 2005 aged just 59.

Best is one of 10 Northern Ireland players featured in the Hall of Fame exhibit at the Education and Heritage Centre at the National Football Stadium at Windsor Park.