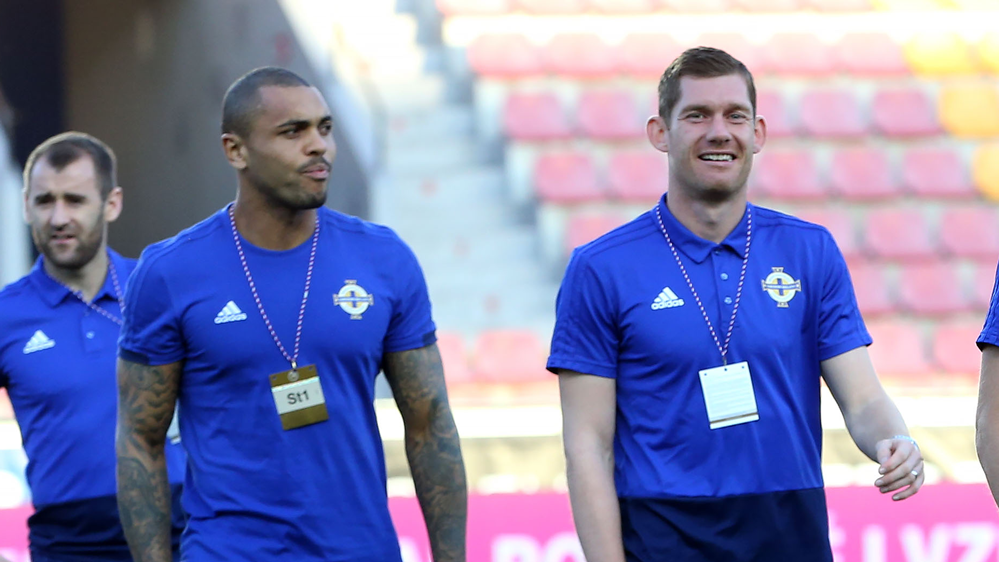 Hull City striker Josh Magennis took his goal tally for the season to six after scoring in the Tigers’ comfortable 3-0 win at Ipswich Town on Tuesday evening.

The 30-year-old has now scored four in his last three outings for Grant McCann’s side whose victory ensured they maintained their two-point lead over Peterborough United at the top of League One.

Meanwhile in the Championship, Norwich City goalkeeper Michael McGovern came on as a substitute for the injured Tim Krul shortly before half-time of the Canaries 3-2 victory over Michael O’Neill’s Stoke City.

It was the 36-year-old’s first appearance for the club since January, however, City boss Daniel Farke admitted he will have no hesitation in giving McGovern his first league start since October 2019 if Krul fails to recover from a thigh injury.

“If he has to play in these next games I am not scared at all,” declared Farke “We know we have the best keeper in the league and it is a big blow if he is not available.

“There is no doubt about this. But I trust Mikey and I can always count on him. He is a fantastic lad, a fantastic player and we are all delighted he played his part in the three points.”

Back on the goalscoring front, Paul Smyth bagged his first of the campaign as Charlton Athletic surprisingly fell to a 4-2 defeat at Burton Albion while St Johnstone midfielder Ali McCann capped a memorable couple of weeks by scoring his first of the season in a 2-2 draw at Hibernian.

In the Scottish Championship Michael Smith found the net for the second time this term as Hearts cruised to a 3-0 success over Alloa Athletic at Tynecastle. Unfortunately, he had to be replaced just after the hour mark after suffering a hamstring injury.

“We spoke at half-time and his hamstring was a wee bit tight,” said Hearts manager Robbie Neilson. “Michael’s played a lot of games recently.

“He went away with Northern Ireland ... he played Wednesday night, had to play Friday night then again on Tuesday night, with another game on Saturday, so we’ll just need to manage him a wee bit.”

Striker Liam Boyce also weighed in with an assist in that Hearts victory although he twice missed a penalty after being permitted a retake for encroachment by goalkeeper Neil Parry.