'Football has been my release, let it be yours' 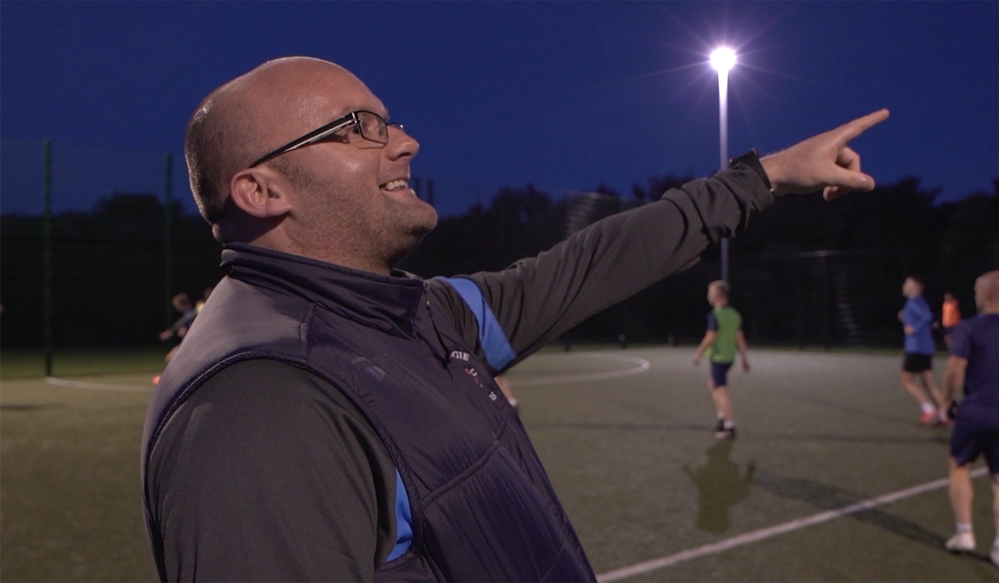 Kenny Dalglish Greenhill is an Irish FA Grassroots volunteer and he’s heavily involved in the delivery of our Ahead of the Game initiative which focuses on mental health awareness.

Kenny is also secretary of the Down Area Winter Football League (DAWFL) and leads on mental health at Portavogie Football Club.  Not only has he been involved with Ahead of the Game, he has also returned to college to start a counselling course.

After losing his mum in eight years ago and his father in 2016, Kenny found himself struggling with anxiety. Keen to become involved in the social side of football, he took on the role of secretary at Potavogie Rangers Football Club in 2017. He found this role beneficial for his own mental health and enjoyed an excellent support network around him at the club.

In 2018 he set up Here4All, a mental health subgroup within Portavogie Rangers, serving the surrounding areas.

“In a nutshell, getting involved in a football club has helped me dramatically with my mental health,” he said. “There have been many challenges along the way, but I feel that I am better prepared to face such challenges. I have learned and achieved so much being involved in the football fraternity and cannot wait to see what the next few years bring. I see myself being involved more within mental health in football and I know the path I want to take.

“Football has been my release, let it be yours. I would like to thank my wife for all the support she has given me over the years, my family and in-laws. A special thanks much also go to the Irish FA Foundation.”

Ahead of the Game, sponsored by City Auction Group, is a part of the UEFA Hat Trick funding for football and social responsibility and was developed in partnership with TAMHI (Tackling Awareness of Mental Health Issues), Inspire and Train 2B Smart Soccer.

As part of the programme, the Irish FA Foundation and Sports Chaplaincy UK are working in partnership to support on mental health throughout Northern Ireland.

Michael Tomalin, CEO of City Auction Group, sponsor of Ahead of the Game, said: “Given these unprecedented times, staying mentally fit and proactively looking after your mental health has never been more important. We’re delighted to sponsor the Ahead of the Game programme and want to thank Kenny for sharing his story.”