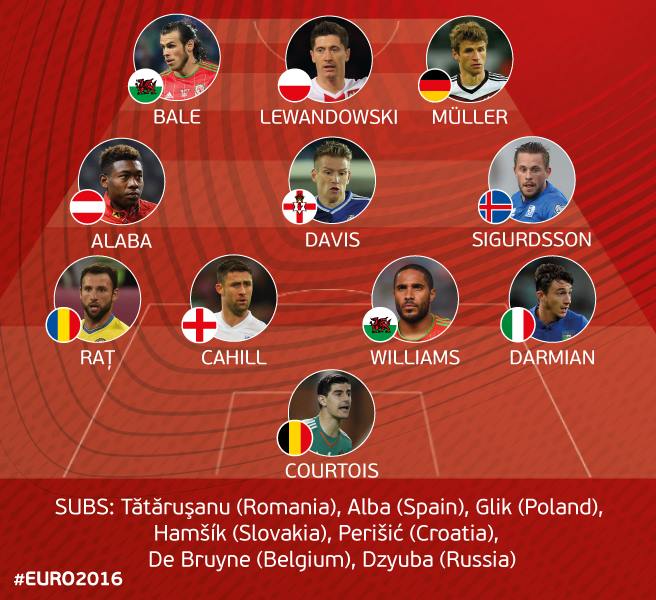 The central midfielder has been honoured for his performances during the Euro2016 Qualifying campaign with a place in the heart of midfield.

Davis is joined in a 433 formation by fellow Premier League player Gylfi Sigurðsson of Iceland along with Austria’s David Alaba who plays his club football for Bayern Munich.

The rest of the squad can be viewed in the picture above.