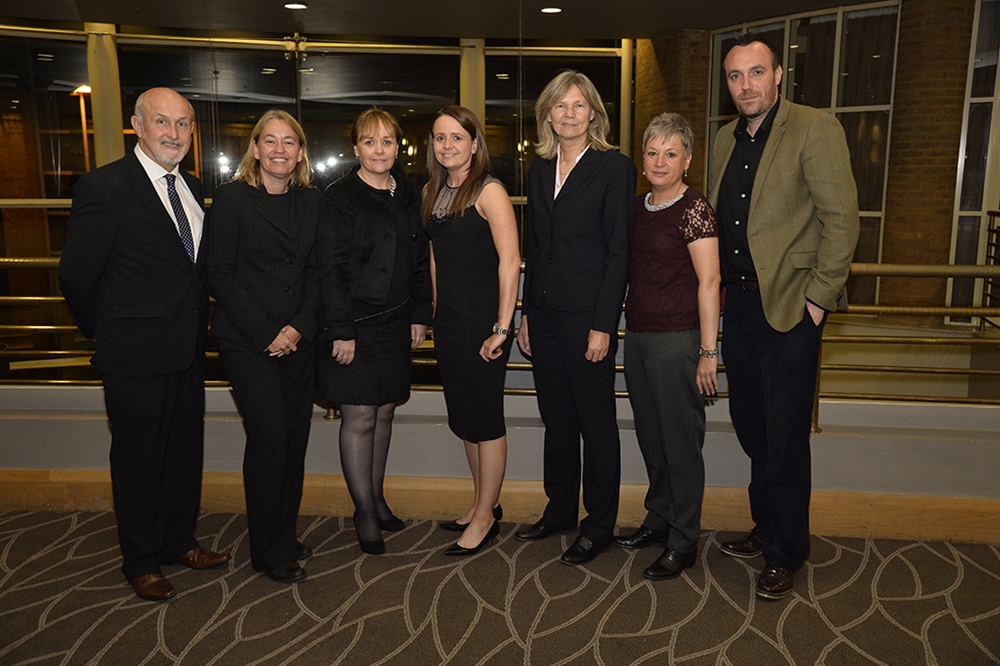 The 38th season proved to be the most exciting yet with the Premier League title decided on the last day, after Newry City Ladies dramatically clinched the trophy from the grasp of Linfield Ladies. In the Championship, Derry City Ladies concluded a fantastic year by securing the league and earning themselves Premier League status for the 2016 season.

Chairwoman of the NIWFA, Susan O’Neill, congratulated all the players, coaches, volunteers and officials for making the 2015 season such a success. Speaking after the ceremony Susan remarked;

“The NIWFA Awards night is to celebrate the successes of the season. It is a great way to unite the teams and honour all our players”.

“Congratulations to all the award winners and nominees and to everybody who participated and helped make the 2015 season so exciting”.

In an exciting addition to the league this season the NIWFA Premier League ‘Goal of the Season Award’ was chosen by a Facebook poll with Marissa Callaghan’s long range effort chosen as the overall winner with 41% of the votes (over 7,000 people viewed the goal and over 37,000 were engaged in the Facebook campaign).

The full list of award winners was as follows:

A special Lifetime Achievement Award, sponsored by JC May, was presented to Stephen Calvert, the current manager of Crusaders Strikers, recognising 23 years of volunteering in women’s football. 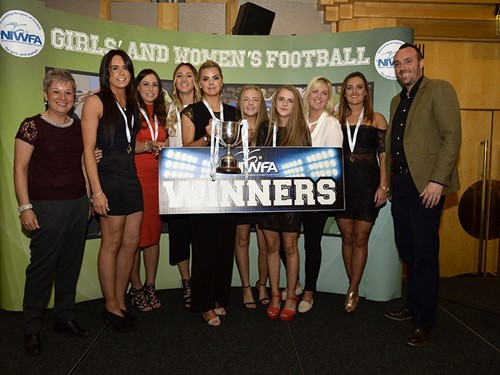 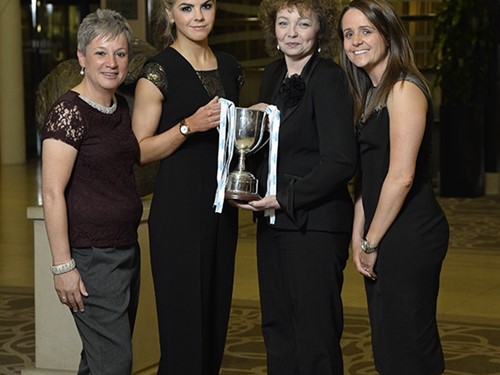