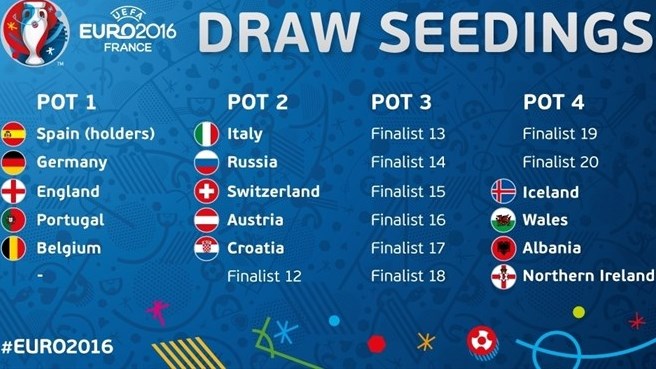 Even though Michael O’Neill’s men won their group, seeding’s are decided on a country's recent results.

The fate of all the teams is yet to be decided with playoffs still to come but Northern Ireland fans can start dreaming about who will be in their group when the finals begin on 10 June.

The draw for Euro2016 takes place in Paris on 12 December.