In a sun drenched match both teams came out on the offensive and after a period of long balls Woodvale took the lead with a well worked pass which found Samuel Parkinson who made no mistake in finding the back of the net.

Midway through the first half the Harryville 'keeper picked up a booking after making a last ditch attempt at a clearance just outside his 18-yard box and sent the oncoming Woodvale player sprawling on the ground.

As the match went on the visitors started to display an advantage and they got their reward on 41 minutes with a close range tap in from a corner by Alan Rainey.

Woodvale came out the stronger after the break and, on 50 minutes after a well worked move on the left, the ball was delivered into the centre of the pitch just outside the Harryville area which gave Woodvale's Kyle Dillon a perfect opportunity for a powerful lowly driven shot that gave the visiting 'keeper no chance.

Once again Harryville responded strongly and, five minutes later, a surging run down the right by Rainey ended with him delivering a perfect low pass across the box for Ricky Nicholl to dispatch it at close range past the grounded 'keeper.

As much as Woodvale tried they just couldn't match the workrate of Harryville and, with a quarter-of-an-hour remaining, it was that man on the right for Harryville Rainey who again weaved his magic and again got the low cross in and this time the "Man of the Match" Paul McNeill made it count and all but sealed the game. 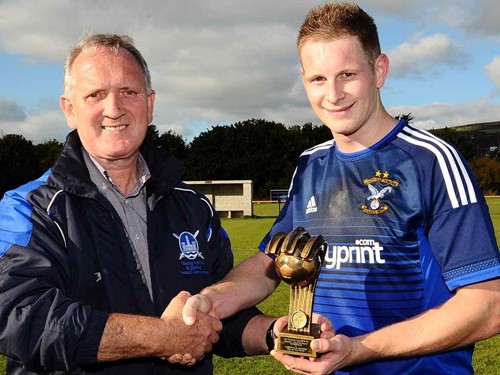 Harryville Homers Paul McNeill was presented with his "Man of the Match" trophy by Robert Doherty of the Irish FA Junior Cup Committee. 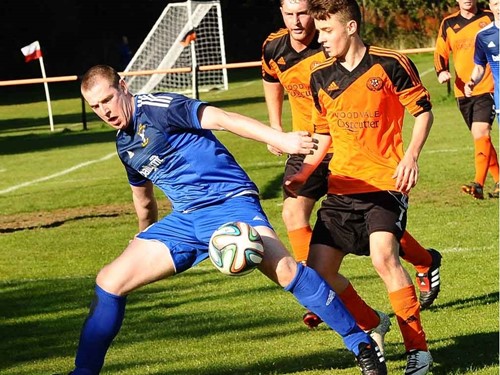 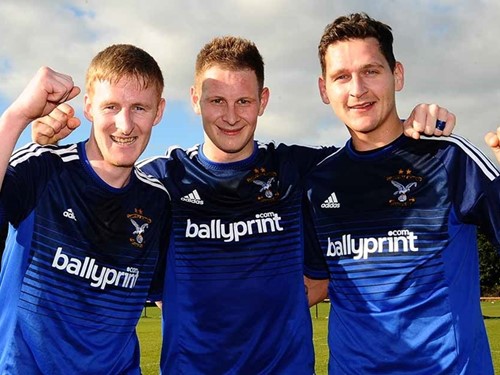