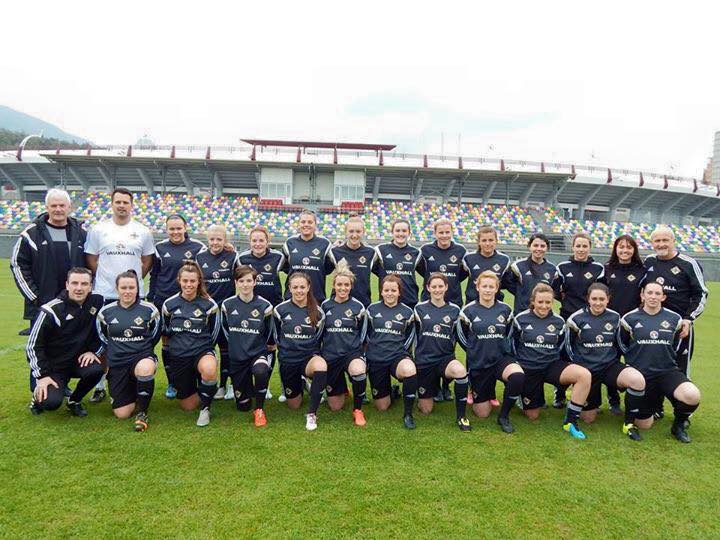 The team is looking to emulate the men’s teams’ success and qualify for EURO2017 in Netherlands and it was a brilliant start in the match for the team as they took the lead in the first three minutes. Avilla Bergin delivered a perfect corner and it was Captain Julie Nelson who met the corner to put Northern Ireland in the lead.

In a game which Northern Ireland dominated they could have been 4-0 up in the first 20 minutes if it was not for Georgia’s keeper Nadirashvili who produced good saves to deny Magil, Rafferty and Mackin.

However on the 28th minute Northern Ireland were awarded a dangerous free kick just outside the area, after Furness was fouled. Captain Julie Nelson stepped up to hit the free kick and struck the cross bar, but Avilla Bergin was in the right spot to put Northern Ireland two up.

Four minutes later and it could have easily been 3-0 to Northern Ireland as Avilla Bergin’s shot smacked of the cross bar.

The second half began in the same vain as the first with Northern Ireland looking the side more likely to score. On the 56th minute Northern Ireland were 3-0 up after good work by Rachel Furness who was able to find Avilla Bergin who finished excellently to increase Northern Ireland’s lead even further.

It was a brilliant victory for the side in game in which they completely dominated, the side had 19 shots compared to Georgia’s two. The Women’s next game is against Switzerland at home on Friday 27 November as they continue their push for Netherlands. 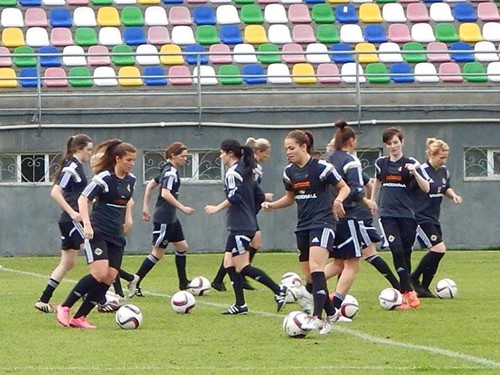 The team train in Georgia ahead of the match