Under 16'S In Eight Goal Thriller 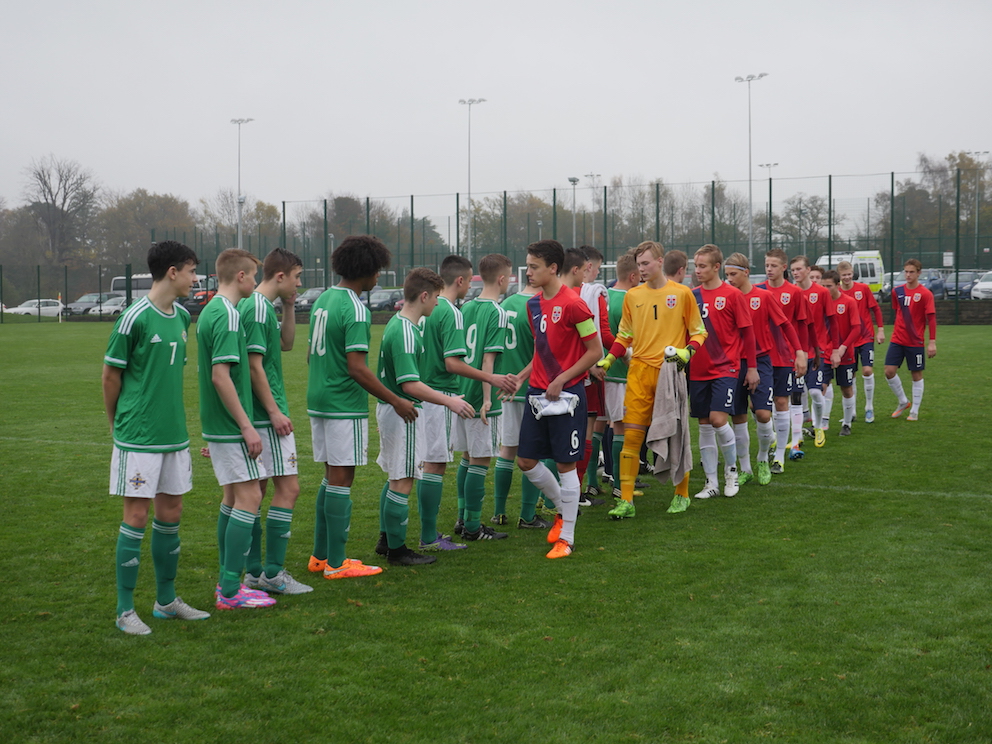 A Leo Brown inspired Under 16’s turned around a 2-0 deficit to go 4-2 ahead but two late from the visitors left them the happier of the two sides.

Northern Ireland started the brighter on a glommy afternoon but it was Norway who took the lead. Erling Braut Haland shot from the edge of the box took a deflection to give keeper Rory Brown little chance.

Norway gained confidence from their lead and scored a second straight after through Erik Bother, but his effort was disallowed for offside

However, Norway wouldn’t be denied a second time as Haldor Stenevik was able to convert a pull back from Ali Anas Farah.

It looked like staying that way till half time, but a great pass from Ethan Warnock found Leo Brown who calmly slotted in to reduce the deficit to one.

Leo Brown was involved again just safter half time as his run and pass into the area found fellow striker O’Neill who had the simple job of tapping in to complete the comeback.

Norway would score once again but for a second time their efforts were thwarted by the linesman’s flag which they were made to pay for by man of the match Leo Brown.

The striker once again beat the Norway defence and his selfless cross found Harry Robinson to give them the lead for the first time.

That wouldn’t be the end of the action with Leo Brown in the mood for more. Another run by the pacy striker gave him the chance to setup substitute Alex McIImail who chipped over the onrushing keeper to give the Under 16’s a beforehand unimaginable 4-2 lead.

Norway continued to push and found their third goal through fortunate circumstances as Rory Brown couldn’t stop the ball from being put past him by his own player.

And the unthinkable occurred just two minutes later as Norway also turned round a two goal deficit. A calm finish from inside the area from captain Colin Rosler was too much for Brown and levelled it up at 4-4. 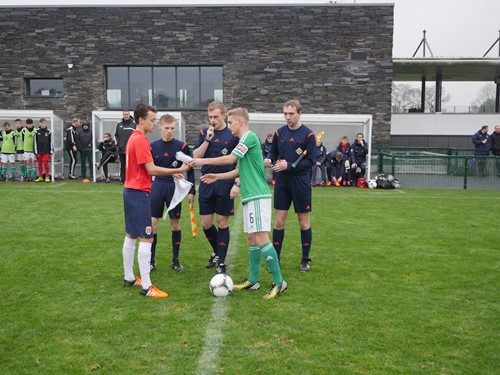 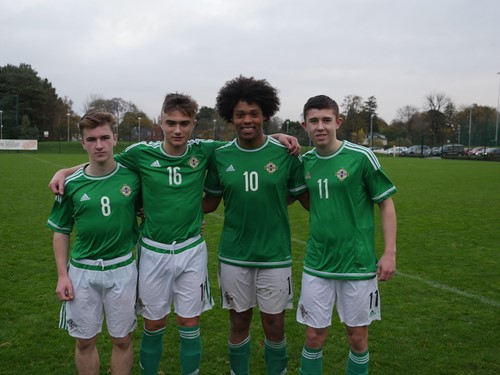